December 7th marks the anniversary of the devastating attack on Pearl Harbor. It is known now as Pearl Harbor Remembrance Day, a time to look back on the events of that early winter morning and what it meant for the future of America and the world. Within days of the attack war was officially declared on the United States, marking the beginning of U.S. involvement in the already ongoing war that would later come to be known as World War II. 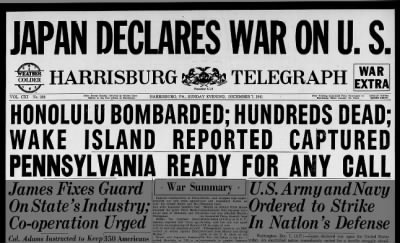 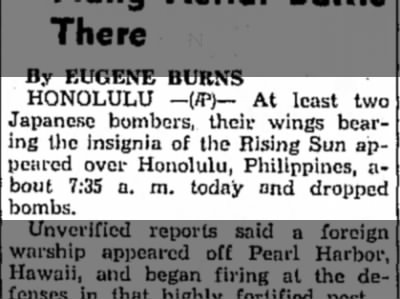 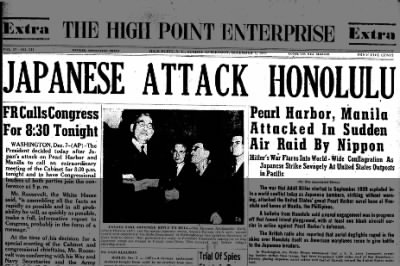 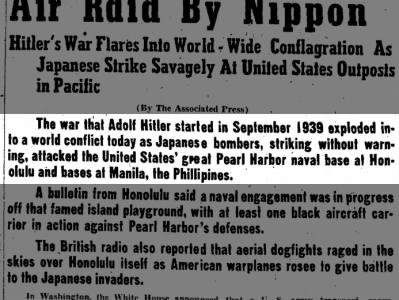 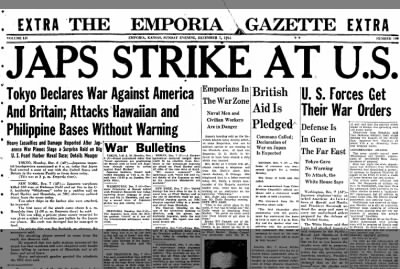 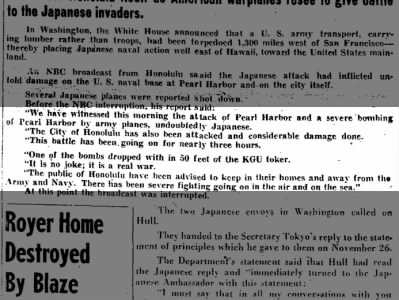 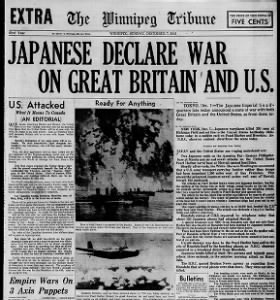 Find more headlines and articles from this history-altering day using this search or one of your own on Newspapers.com.