It’s that time of year again when friends and family (and sometimes begrudging acquaintances) send each other the most festive mail of all: Christmas Cards!

This post from last Christmas season explains that Sir Henry Cole was the first to circulate the festive cards, sending them to his friends and family and selling them to any willing buyers for a shilling a piece. 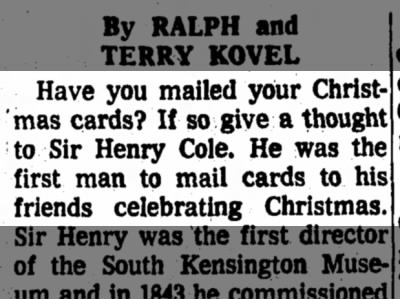 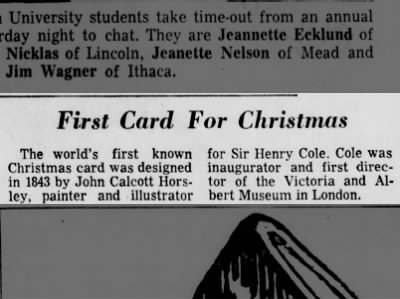 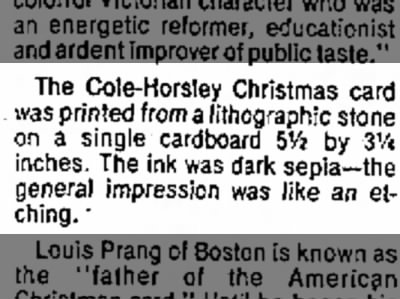 In the United States, Cole’s claim to fame is shared somewhat by a man named Louis Prang, the “father of the American Christmas card.” 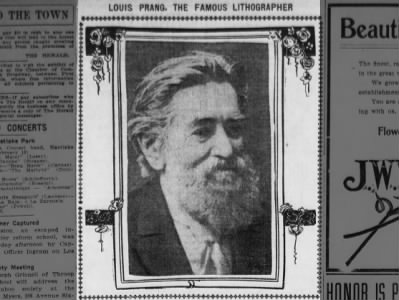 Just after Cole’s card concept really took off in England thanks to improved printing techniques, Prang’s firm began selling cards by the millions to English customers. In 1874 his business spread to America and the first Christmas cards were sold west of the Atlantic. 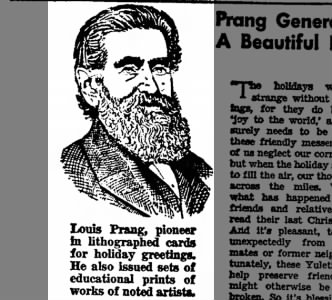 By then Christmas cards had caught on so fast and so well that Prang was printing millions of them. In fact, the cards were so popular that it didn’t take long before the production of cheaper, copycat cards drove Prang right out of the business.

(By the way, if you found yourself thinking that Prang looks a little like Father Christmas himself, rest assured that you are not the only one:) 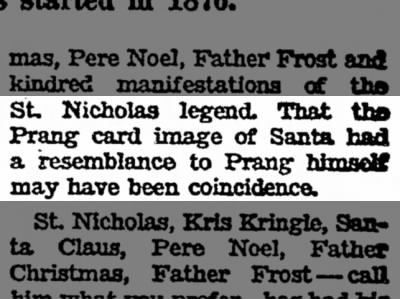 For more articles about Sir Henry Cole, look through these search results on Newspapers.com. For more on the “father of the American Christmas Card,” Louis Prang, more articles can be found using this search. Or try a general search on Christmas cards for even broader results.