On this day in history, Alexander Hamilton was fatally wounded by in a duel with Aaron Burr. 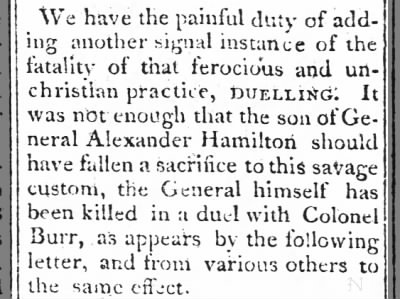 The duel came as a result of fierce election politics. Hamilton, who found Burr to be an untrustworthy opportunist, maligned Burr’s character while the latter was running for the office of President of the United States. After losing the election, Burr settled into the role of a barely-successful Vice President with little support from Thomas Jefferson, who had won the presidential race. Determined to defend his reputation, Burr challenged the man who ruined his career to a duel. 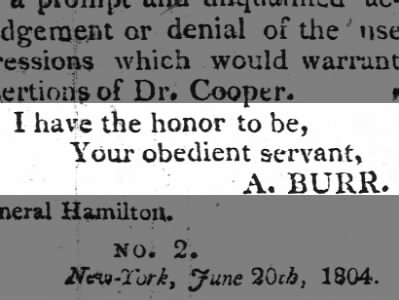 Turns out that nothing ruins your career quite like killing a man as nationally respected as Alexander Hamilton. Burr shot him in the stomach and he died the following day. 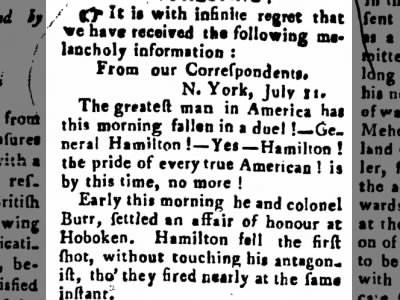 Burr’s reputation never recovered after that fateful day in Weehawken, New Jersey, and he continues to be primarily remembered as Hamilton’s killer.

Read more about Hamilton, Burr, the duel, and other related subjects on Newspapers.com. Try a search or browse through newspapers from the early years of the United States.