Paul Wittgenstein is a fine example of pushing past limitations to pursue your passion, no matter how much seems to stand in your way. 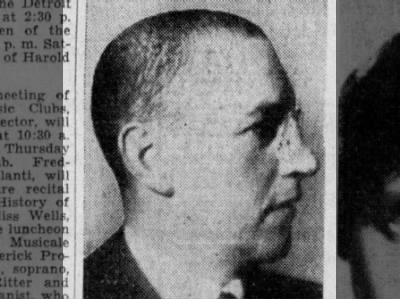 Wittgenstein grew up in a musical household with aspirations of becoming a concert pianist. But when he lost his right arm in what was then called “the World War,” his friends and family lamented the talent he would lose with it.

But Wittgenstein would have none of that. He was a pianist, one-armed or not. While imprisoned in a Siberian war camp after the hospital was captured by enemy forces, he practiced constantly on an upright piano provided to him by a surprisingly generous guard. When he made it home, his talent only continued to grow. 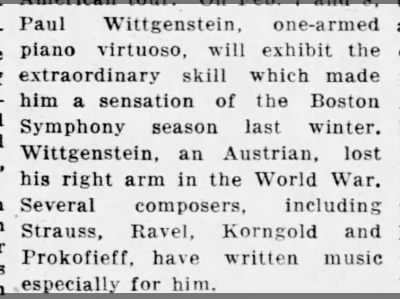 Eventually he was commissioning one-handed pieces for the piano and performing them with expert acuity. His abilities impressed audiences and composers, the latter of whom began to see one-handed piano playing in a new light. He even got Maurice Ravel, internationally-renowned French composer of the time, to write him a left-handed concerto. 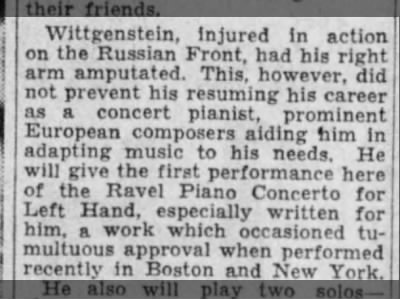 Because of Wittgenstein’s persistence, there now exist hundreds of left-handed piano pieces that are a worthy challenge for any piano player, one-handed or otherwise. 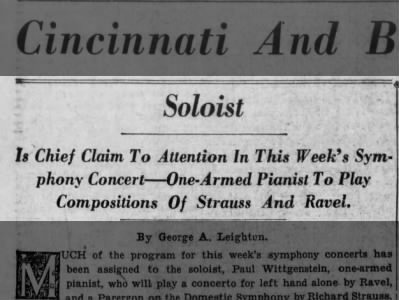 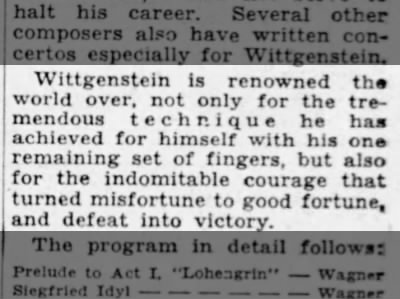 Find more on Paul Wittgenstein with a search on Newspapers.com.