On this day in 1789, members of the Third Estate of France’s États-généraux—representing the common people—stormed the prison-fortress known as the Bastille. 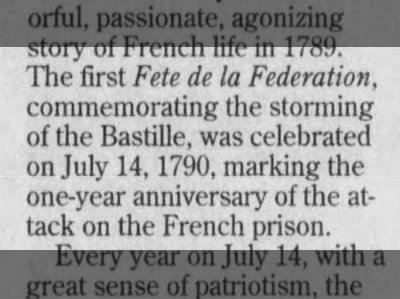 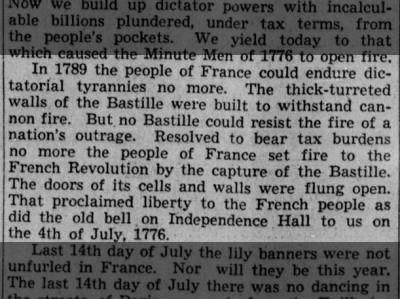 Over 100 people were killed, almost exclusively on the attacking side, but the fortress was taken. Bernard-René de Launey, governor of the Bastille, was beaten to death by the enraged crowd after the fight had ended.

The day has since taken on a special significance as a major tipping point in the French Revolution. First celebrated in 1790 as the Fête de la Fédération, it is now simply known as Bastille Day, a day of French Independence celebrated nationwide to honor peace and unity. 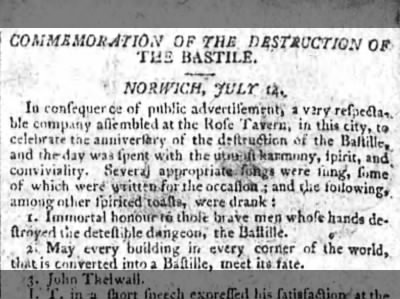 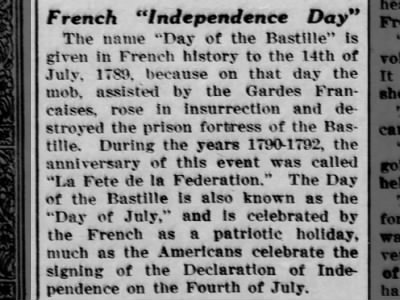 The article below shows a suggested inscription for a monument built on the site of the Bastille, published in the year following the conflict. 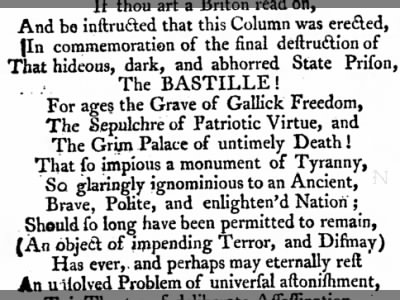 Find more on the storming of the Bastille and the French Revolution on Newspapers.com.