Horror movie fanatics have likely seen the phrase “Based on a true story” rolling in the opening credits of a horror film on more than one occasion. But Hollywood is known for taking liberties when producing movies based on true stories. So just how accurately did they portray what really happened?

We went to Newspapers.com to uncover the real events that inspired the Hollywood adaptations. Below are the top 10 horror movies inspired by the “spookier than fiction” true stories found on Newspapers.com! 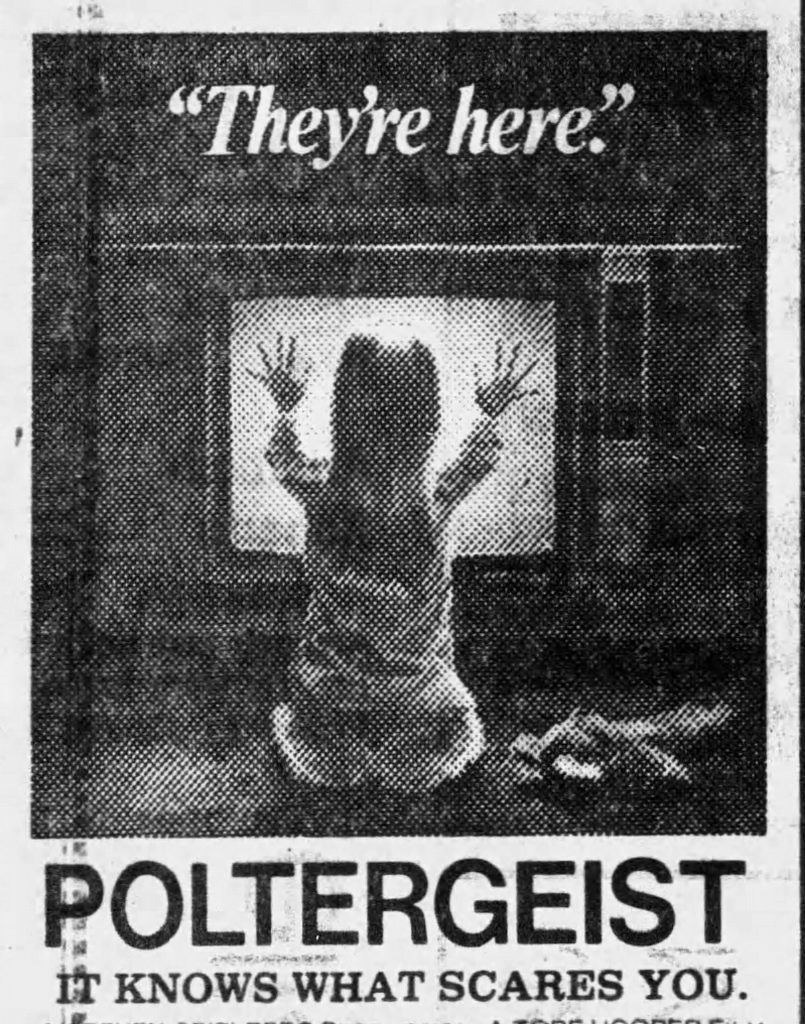 Based on the mysterious happenings within the walls of James Hermann’s home in Seaford, New York, in 1958.

Newspapers across the state recounted lids falling off screw-top bottles, porcelain figurines crashing to the floor, and dressers tumbling over in the Hermann house. Several theories were considered, ranging from leprechauns and psychic abilities to scientists’ theories on energy and subterranean streams. The most popular theory, however, was poltergeists.

The Daily News in New York reported the Hermann home had received over 300 letters from readers, many of which detailed what the Hermanns needed to do to rid their home of the spirit. Readers and reporters were so captivated by the case that updates on the home sometimes made the front page news.

Although police and parapsychologists examined the case extensively, no conclusions were made that explained the strange phenomena. After more than five weeks of furniture crashing and bottles toppling, the occurrences finally ceased. 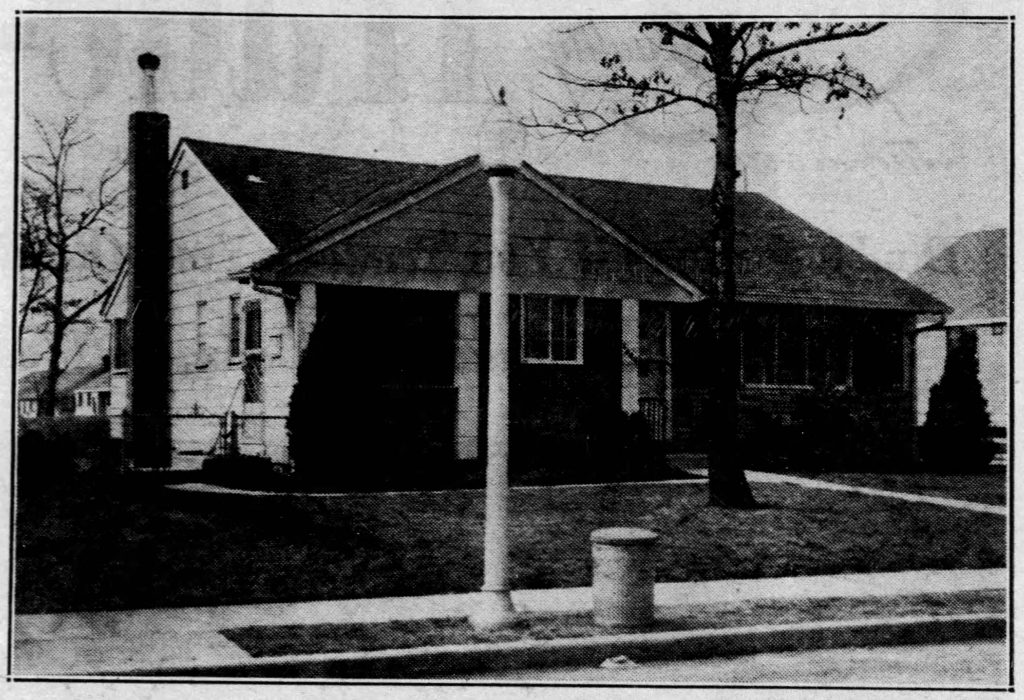 Rumored to be inspired by the true events of a series of shark attacks that killed four people and injured one along the coast of New Jersey in 1916.

Swimmers along the coast were advised to stay out of deep water until the “man-eating” sharks were killed. A $100 reward was put in place by the mayor for whoever killed the shark, and the U.S. Coast Guard joined the war on sharks.

Panic spread across the coast of New Jersey and New York as hordes of sharks were slaughtered. On one occasion, a man drowned near a New Jersey shore after calling for help and receiving no assistance because onlookers feared he was being attacked by a shark. Frantic citizens were catching and cutting open sharks to check for human remains, but whether or not the man eating shark was ever caught is unknown. 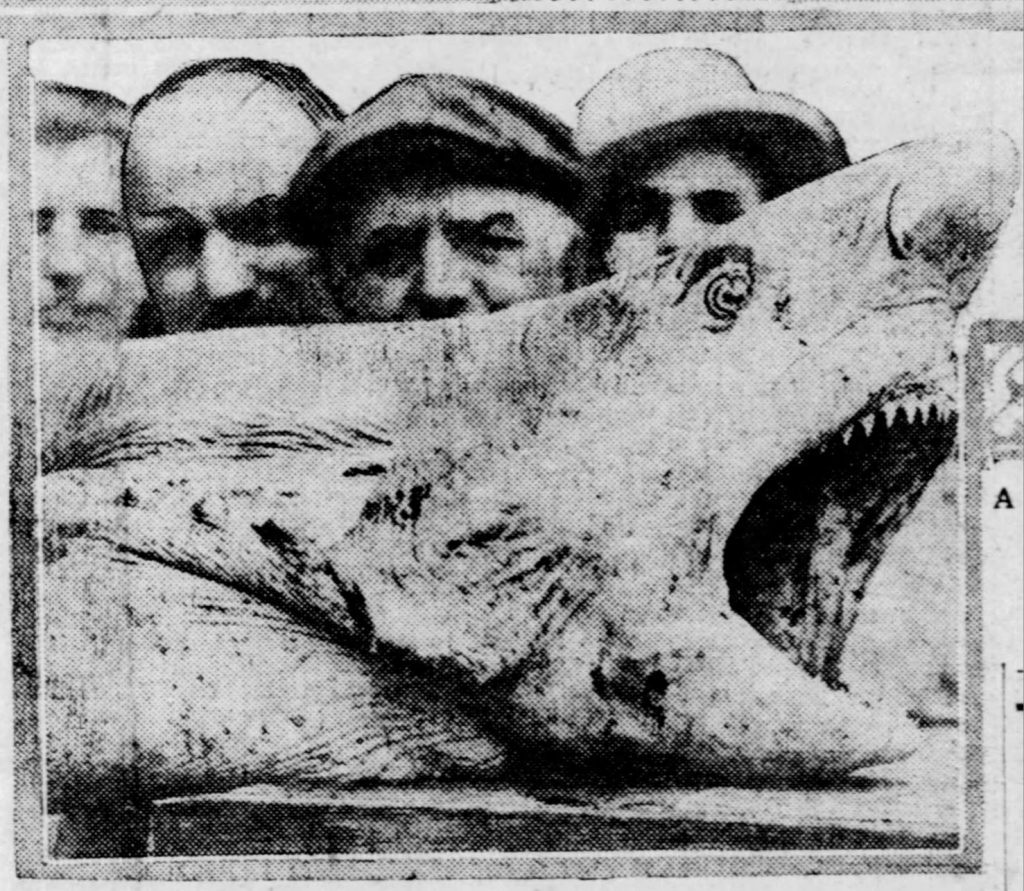 Based on the story of a 14-year-old boy in Maryland who was possessed by the devil and exorcised by a Catholic priest in 1949.

Skeptical religious leaders and neighbors invited the seemingly possessed boy to stay with them, only to report furniture falling over and the boy’s bed moving on its own while he slept.

After seeking medical and psychiatric treatments, the boy’s family approached the Catholic Church. A Catholic priest devoted himself to the exorcism, living in the same home as the boy for more than two months and attempting the exorcism on more than twenty occasions. The exorcisms were attempted multiple times due to the boy’s intense reaction of screaming, cursing, and speaking in Latin.

Finally, with the last exorcism performed by the priest, the devil was successfully driven out and all supernatural manifestations ceased. 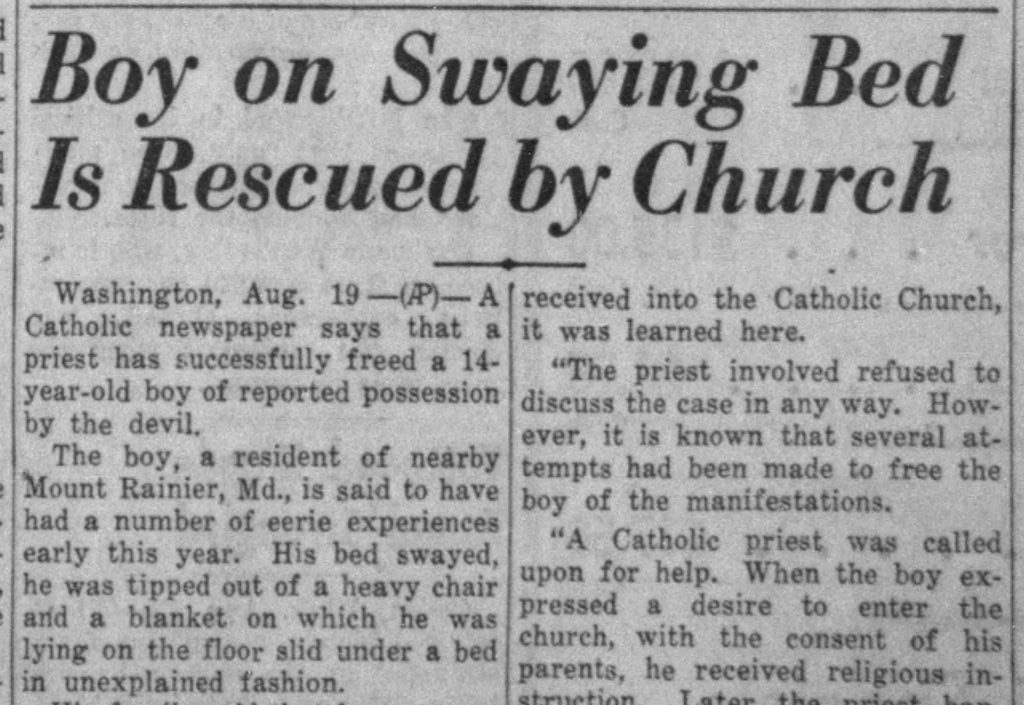 Psycho and Silence of the Lambs are just two of the many films inspired by the true story of Ed Gein, who slaughtered two women and had remnants of fourteen cadavers in his home that he stole from the local graveyard.

Gein claimed to have been in a “dazed” state when he murdered his victims and stole cadaver parts from the graveyard. Even so, his first victim to be discovered was found with her decapitated body hanging upside down by the heels, badly mutilated. A human heart was found in a pot on the stove, leading investigators to suspect cannibalism.

Among the stolen remnants of the fourteen cadavers were ten heads, which had been skinned and preserved as masks. Several other items in Gein’s home were also made from human skin, including a vest, chair upholstery, and belts. Gein’s two murders, numerous grave robberies, and creation of clothing from human skin were said to be motivated by his desire to be a woman.

When news of his crimes broke in 1957, most residents in Gein’s neighborhood did not suspect him of these gruesome crimes, although a local barber did recall Gein pinching his belly and exclaiming he was “just about right for roasting” (News Record, 21 Nov 1957).

To learn more about the disturbing story of Ed Gein, visit the Topic Page on Newspapers.com here. 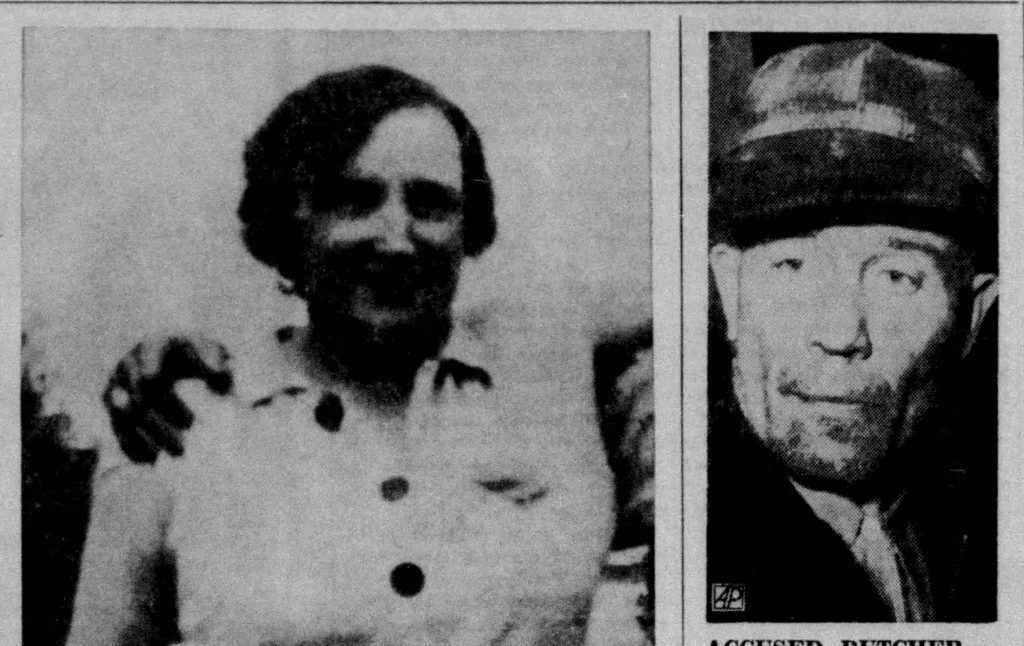 Based on the true story of the paranormal activity the Lutz family experienced after moving into the home on Long Island where Ronald DeFeo shot his entire family during their sleep.

On November 13, 1974, at about 3 a.m., Ronald DeFeo Jr. murdered his parents, two brothers, and two sisters while they were sleeping by shooting them with a .35 caliber rifle. Despite the defense’s pleas of not guilty by reason of insanity, DeFeo was declared guilty in November 1975 and sentenced to life in prison.

Approximately one year after the tragedy and one month after DeFeo’s conviction, George and Kathy Lutz purchased the DeFeo home and moved in with their three children and dog. Only 28 days after moving in, the DeFeo home was yet again abandoned. The Lutz family had fled the property because of paranormal experiences, leaving behind the majority of their belongings and never returning to the home.

The paranormal incidents started with a tense atmosphere that increased aggression in the home and led to a more hostile environment. But it didn’t stop there. The Lutz’s daughter spoke of an imaginary friend that was described as a red-eyed pig; rotten smells and cold temperatures filled the home; mysterious red welts appeared on Kathy that were too hot to touch; doors and windows opened on their own; Kathy levitated out of her bed and took on the appearance of an old woman; and loud sounds filled the home around 3:15 a.m., the same time the DeFeo family was murdered.

After the Lutz family fled the home, Ronald DeFeo’s lawyer investigated the history of the home, wondering if demonic possession could have been a factor in DeFeo’s case. He found the home was built on an ancient Indian burial ground, and the remains of a man who was cast out of Salem for practicing witchcraft were also on the property. 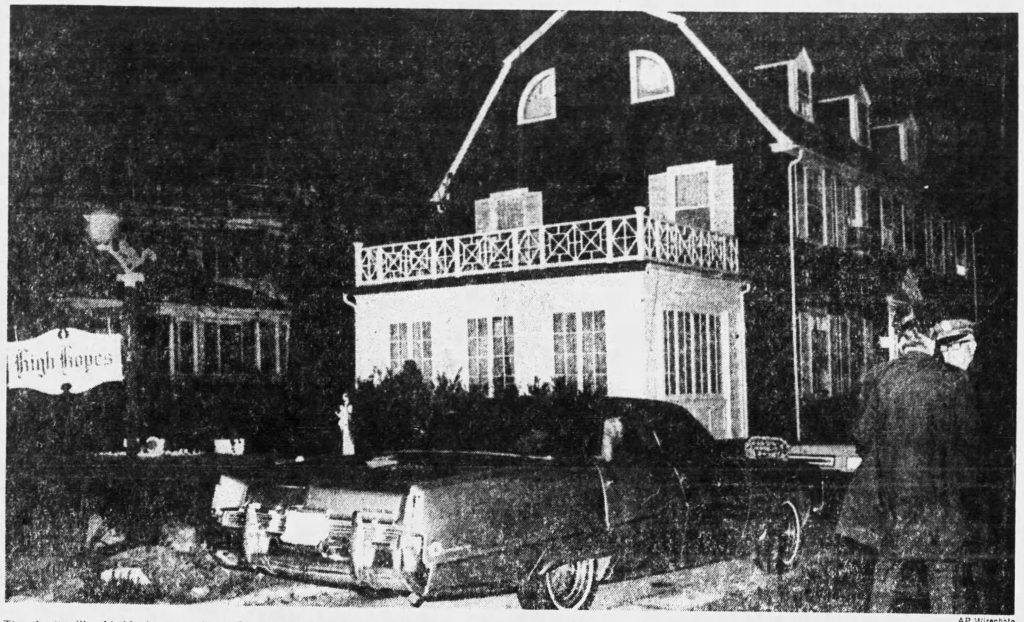 The original home the Lutz and DeFeo families resided in. Chicago Tribune, July 25, 1976

Based on the true story of the “Enfield Poltergeist” in north London, 1977.

Claimed to be one of the most publicized cases of famous ghost hunters Ed and Lorraine Warren, the Enfield Poltergeist captivated many readers in and around London. A reporter of The Observer described the poltergeist activity of Peggy Hodgson’s home as beginning with strange noises and escalating to marbles and Lego’s flying through the air and furniture moving on its own. The paper also mentioned the poltergeist’s fixation on Mrs. Hodgson’s daughter, Janet, and described the paranormal experiences Mr. Graham Morris from the Daily Mirror and Police Constable Carolyn Heeps had while in Mrs. Hodgson’s home. The paranormal experiences ceased eighteen months later, in 1979. 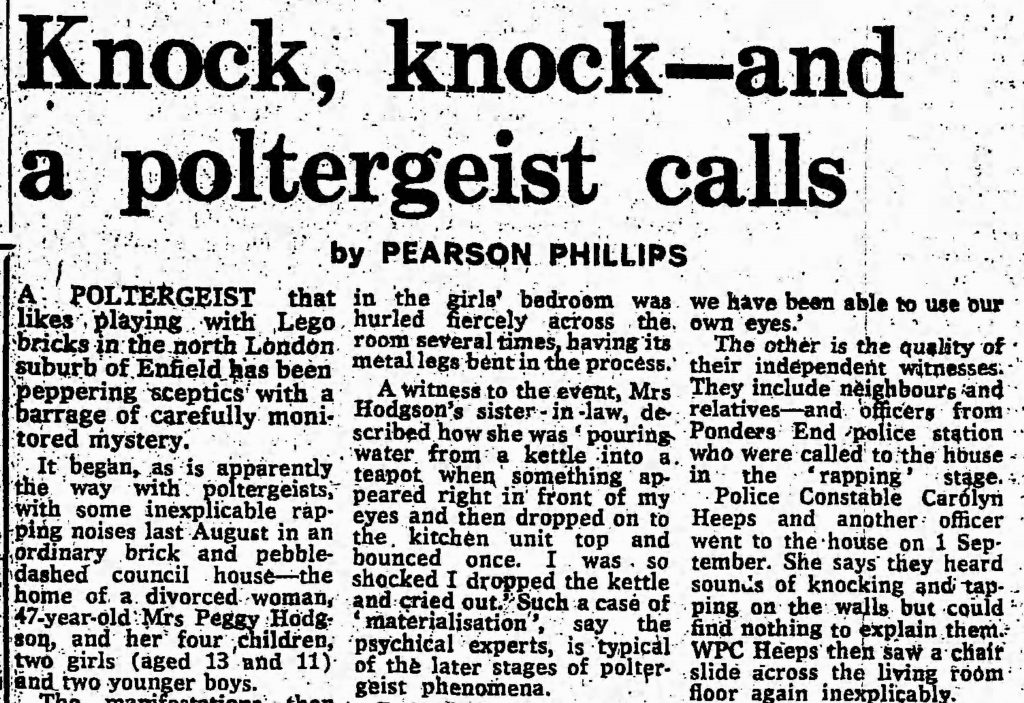 Based on the mysterious deaths of approximately 80 Laotian refugees who died in their sleep in the 1980s.

In the late 1970s to early 1980s, a number of Southeast Asian refugees came to America following the Cambodian killing fields. In 1981, the CDC recorded 38 deaths due to “Nightmare Death Syndrome” among seemingly healthy Laotian refugees. Two years later, the number increased to 79, and the cause remained unknown. The popular belief was the men were dying due to being frightened to death in their sleep. Others, however, theorized the deaths were due to delayed effects of chemicals in the killing fields or maybe even heart failure. 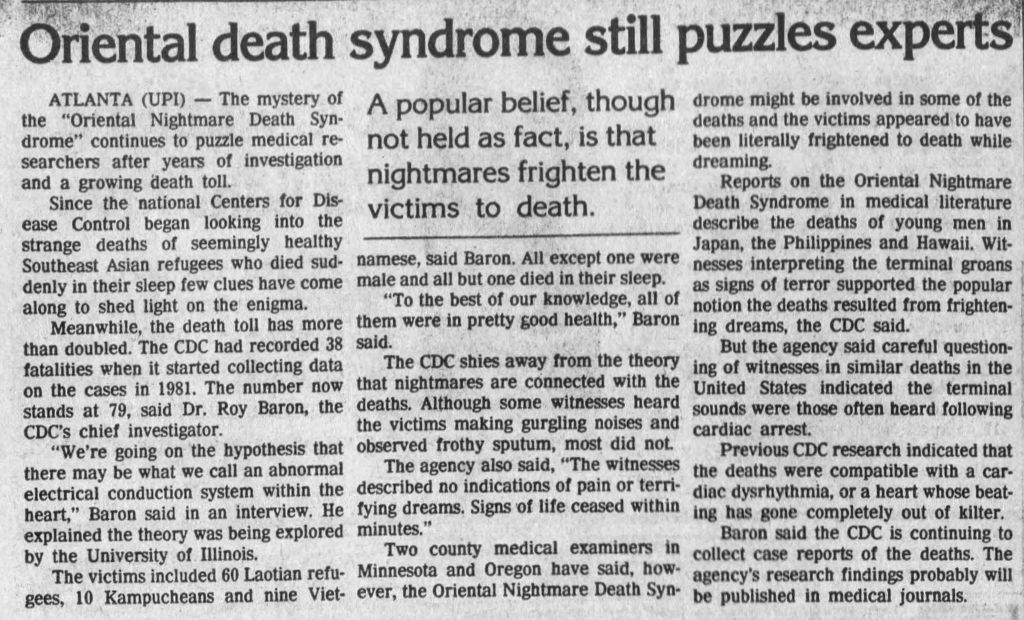 Based on Anneliese Michel, who was being exorcised of six demons and ultimately died of starvation in 1976.

Although the events took place in West Germany, the story of Anneliese Michel become world news. According to claims by the two priests performing the exorcism and her parents, Anneliese was possessed by six demons, including Hitler, Nero, Judas, and Lucifer. During the numerous months of exorcism rituals, Michel refused to eat and ultimately died of dehydration and starvation at a mere 70 pounds.

Doctors noted that she had a history of epilepsy and could have been saved a week prior to her death had medical attention been sought. The two priests, along with Michel’s parents, were charged with negligent homicide. 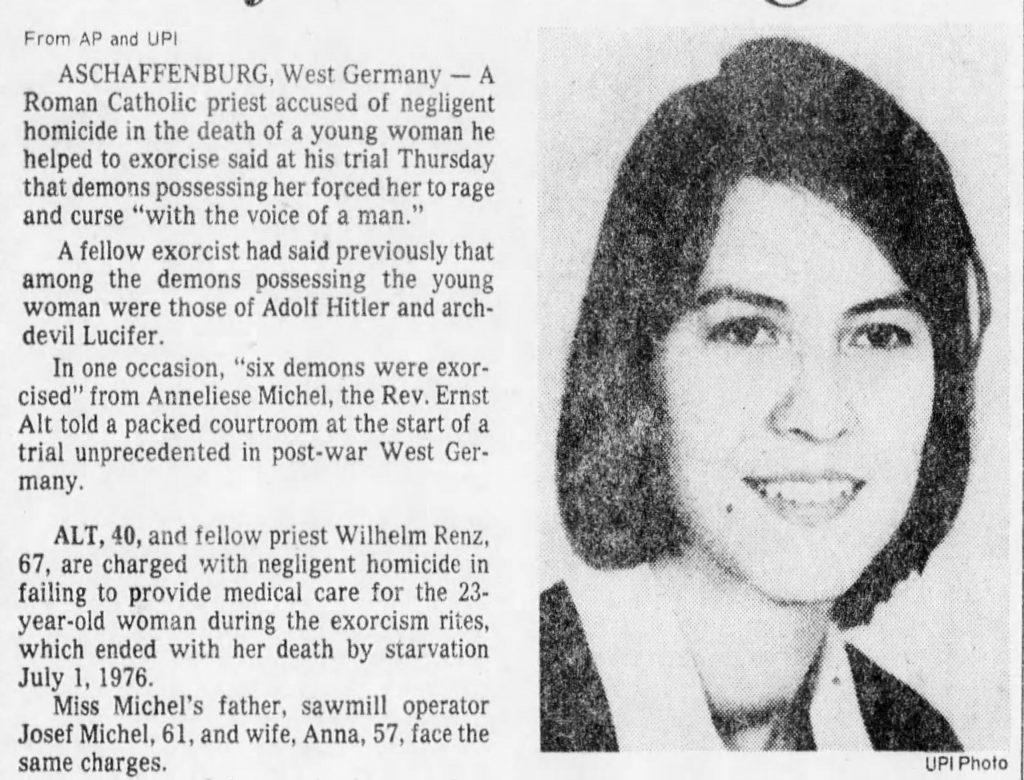 Based on Janett Christman, who was strangled to death by an intruder while babysitting in 1950.

Mr. and Mrs. Romack returned home to a grisly scene when they found their young babysitter, Janett Christman, dead in the living room, having been raped and strangled by the cord from an iron after putting up a fight. Two-and-a-half hours previous to Mr. and Mrs. Romack’s return, the police received a call from a panicked girl saying “Come quick,” but the call was cut off before the police could get an address, and the call was untraceable. The Romack’s three-year-old son was found sleeping in his room, unharmed. Although the police found footprints and fingerprints, as well as possible blood and hair samples of the assailant, they never found the killer. 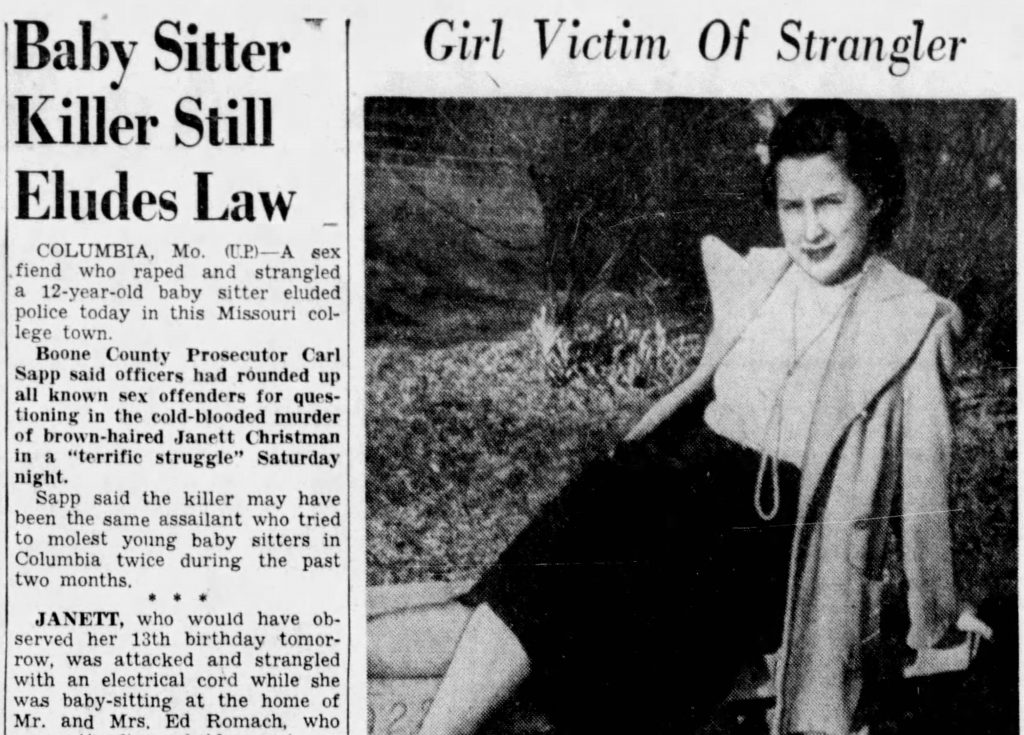 Although not broadly published in newspapers across the U.S., the Hartford Courant recounted the experiences the Snedeker family had while living in their new home, which had previously been a funeral home. The Snedekers claimed they had been touched and spoken to by a demonic spirit and had heard, smelled, and seen other unexplainable phenomena. Eventually, with the escalation of paranormal experiences, the Snedekers summoned the help of Ed and Lorraine Warren, who arranged for an exorcism to take place in their home.

The Snedekers fled their home prior to the exorcism and proceeded to write a book about their experiences with the help of the Warrens and horror novelist, Ray Garton. Neighbors and previous owners of the home remained skeptical and argued the Snedekers made up the story as a way to make money.

Learn more about these spooky true stories by searching Newspapers.com! All the clippings in this post can be found here. And look for our #SpookierThanFiction hashtag on social media.