“More Horrors Yet to Come”: How Newspapers Covered the Belle Gunness Murders 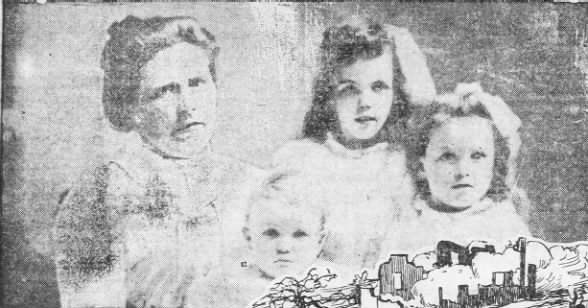 It started with a tragedy. In the early morning of April 28, 1908, a farmhouse near La Porte, Indiana, burned to the ground with a woman and three children inside.

Then it got unimaginably worse. As local authorities investigated the fire, another body was discovered—this one buried in a hog pen on the property. Further digging would unearth numerous other corpses and body parts in the days that followed.

The farmhouse had belonged to Belle Gunness, at the time simply believed to be a widowed Norwegian immigrant but now infamous for being one of the most prolific female serial killers in the United States.

Though estimates vary widely, Belle Gunness is believed to have killed at least a dozen people (and possibly upwards of 40) between 1884 and 1908.

Belle Gunness in the Headlines

When her crimes were finally discovered in 1908 after the Indiana farmhouse fire, the gruesome murders understandably made newspaper headlines nationwide for weeks.

What would it have been like to read about those shocking events as they unfolded each day? We turned to the Indiana papers on Newspapers.com™ to experience how people of the era would have learned about Gunness’s appalling crimes.

The first of the news stories appeared in Indiana papers on April 28, 1908. They reported that a house fire in the pre-dawn hours was believed to have killed Belle Gunness and three children. 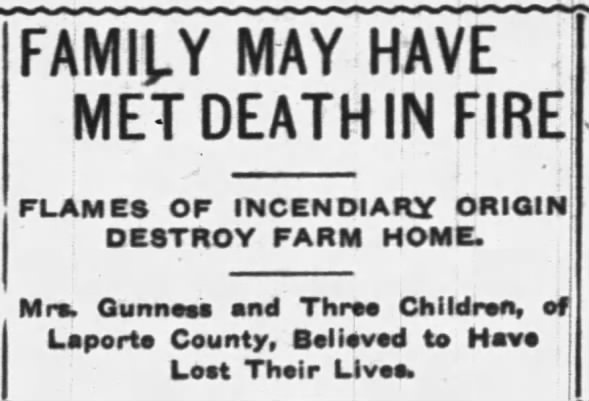 By the next day, the papers identified Ray Lamphere as a suspect in the deaths. Lamphere had worked for Gunness as a farmhand, but the two had recently had a falling out. Gunness repeatedly reported Lamphere to the authorities in the weeks leading up to the disaster, and shortly before the fire she visited her attorney to draw up a will—purportedly because she feared for her life. 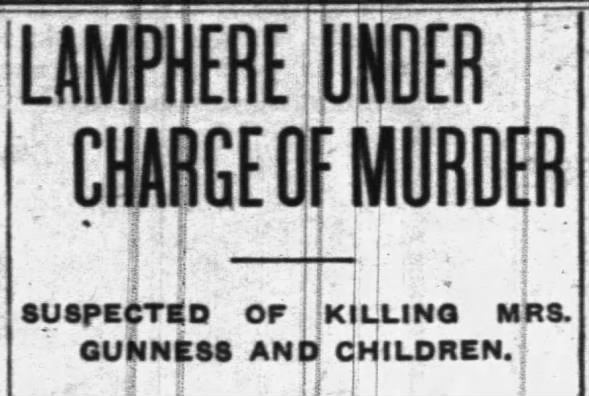 Then, a week later, on May 5, newspapers began breaking the news that multiple dismembered corpses had been unearthed on the Gunness property.

The discovery had come almost by chance. A man named Asle Helgelien had arrived in La Porte looking for his brother, who was known to have visited Belle Gunness. A search for clues about the missing brother on the burned Gunness property led to an examination of unusual depressions in the ground in a hog pen. Men started digging—and discovered one body after another.

Newspaper coverage of the gruesome discoveries exploded the following day, May 6. Practically overnight, papers shifted from portraying Belle Gunness as a victim to identifying her as a killer who had lured countless well-to-do bachelors to their deaths using newspaper marriage ads. 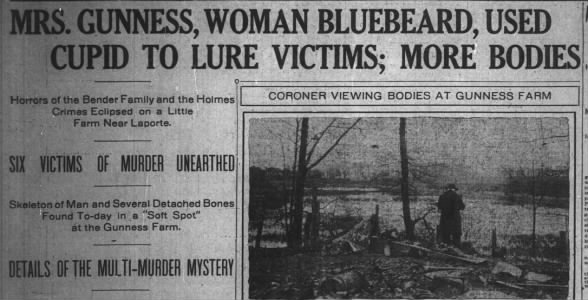 The body count only grew as the week progressed. “More horrors yet to come,” predicted one Indiana paper. And it was right. The corpse of Gunness’s teenage foster daughter, Jennie, was found among the buried bodies, as was Helgelien’s brother, and a number of unidentified victims.

The total number of murders ascribed to Gunness varies, though it’s suspected to be at least a dozen. After the bodies buried on the farm were found, people also began to suspect that Gunness was responsible for the deaths of her two husbands, who had both died under suspicious circumstances. 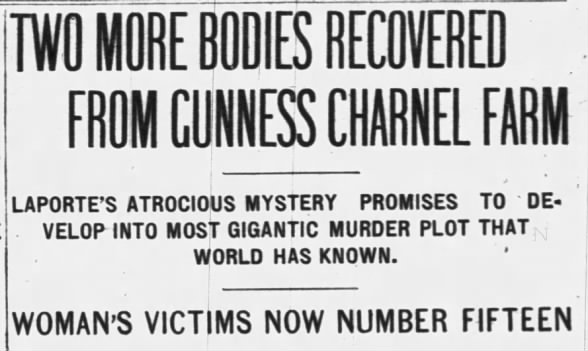 The investigation was complicated by conflicting evidence about whether Gunness had actually been killed or if she had faked her own death and escaped. Lending credence to the theory that Gunness had survived was her supposed corpse, which was mysteriously missing the head. Additionally, some who saw the body felt it was too small to be Gunness. 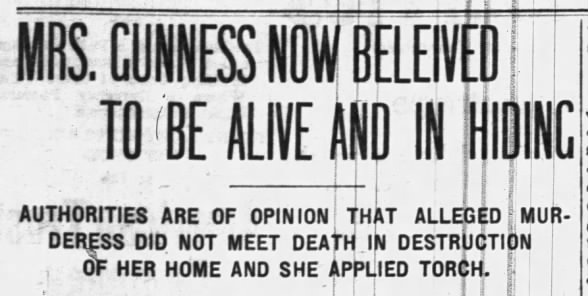 Other news coverage, however, reported that the body had indeed been Gunness, based on dental work and jewelry found at the scene.

With so much about the Gunness case unresolved, newspaper coverage eventually slowed. The story did return to the papers later that year, however, when Ray Lamphere was convicted in November of setting fire to the house, though not of murder. 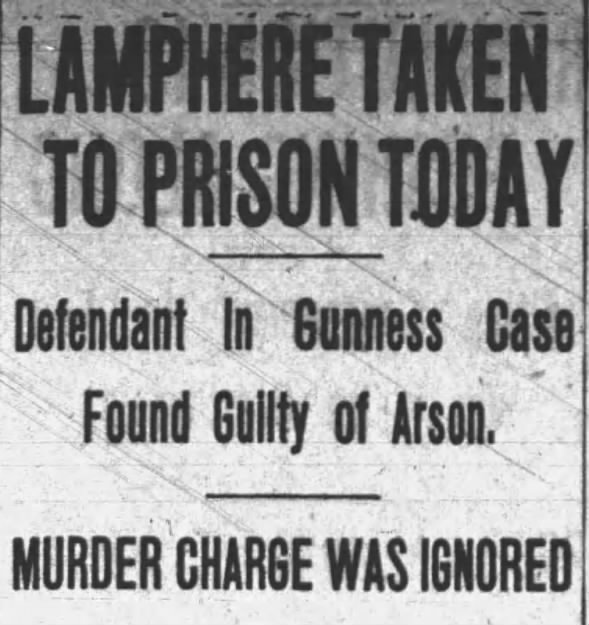 Even today, we don’t know much more than they did in 1908 about the Gunness murders. The total number of victims, the extent of Lamphere’s involvement, whether Gunness died or escaped, and much more is still a mystery. The question posed by one newspaper in 1908 still stumps us more than 110 years later: “Is she dead or a murder fiend?”

The Phantom Barber of Pascagoula

2 thoughts on ““More Horrors Yet to Come”: How Newspapers Covered the Belle Gunness Murders”