In 1842, multi-talented astronomer Sir John Herschel introduced the world to his beautiful new photography process, cyanotype. He also taught this new process to a clever and avid botanist named Anna Atkins, whose father’s connections to the scientific community (and convenient neighboring location to Herschel’s own home) gave her the opportunity to become the first known female photographer. 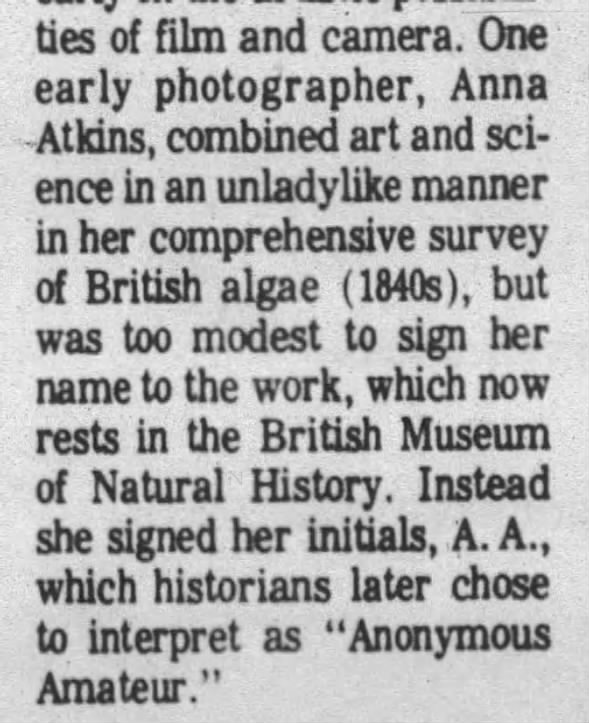 Anna had been making accurate botanical drawings for years before learning the cyanotype process. It was the simplicity of the process that drew her to it, and because she learned from the master himself, her images were produced with a clarity and success that few were able to replicate. 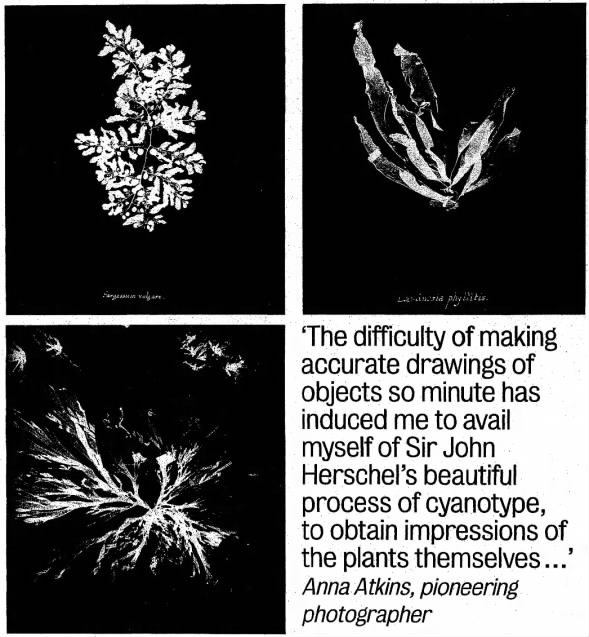 Her work was published in a book, Photographs of British Algae: Cyanotype Impressions, which she signed “A.A.” For decades her identity remained anonymous and her contributions to photography and history unrecognized, until a scholar acknowledged her as the book’s author during a lecture in 1889. By then, new processes had long made cyanotype more or less obsolete. But Anna’s place in history and multiple unique copies of her remarkable book of blue prints still survive.

Find more about Anna Atkins and the cyanotype process with a search on Newspapers.com.

One thought on “Anna Atkins, Plant Photographer of the 1800s”