In 1911 a book was published about a young man named Tom Swift. He had a weapon called an electric rifle that shot invisible bullets like bolts of lightning. With his trusty electric rifle at his side, Tom was able to save the lives of himself and his friends time and time again.

Half a century after the book was published, aerospace scientist Jack Cover dreamed of a non-lethal weapon that could be used by law enforcement. So what did he invent? Thomas A. Swift’s electric rifle, or the TASER. Development began in 1969, and by 1974 the Taser was a real-life electrical weapon. 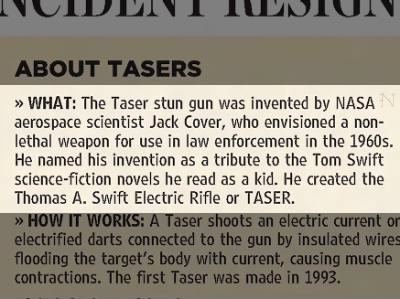 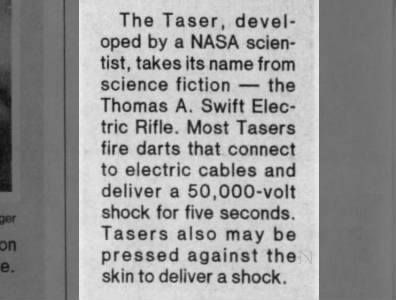 Find more on Thomas Swift, Jack Cover, and the Taser with a search on Newspapers.com.