The Woman Who Birthed Bunnies

In light of both Easter and the upcoming April Fools’ Day, this odd tidbit of history seems especially appropriate. 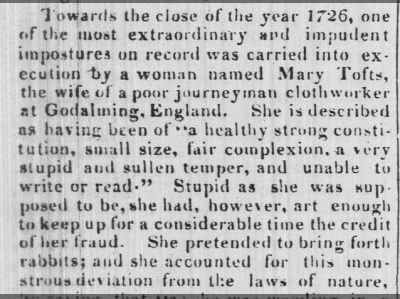 Mary Toft, or Tofts, was a young woman who claimed that she had given birth to rabbits. She rationalized this by explaining that she and her friends had been startled by a rabbit in a field and chased it. It made Mary obsess over rabbits so much that she miscarried and delivered at least 9 rabbits with the help of her physician. This logic is based on the idea, somewhat prevalent at the time, that a pregnant woman should steer clear of pets because their proximity might physically affect her baby.

Her ruse was so effective that even her physician was played: 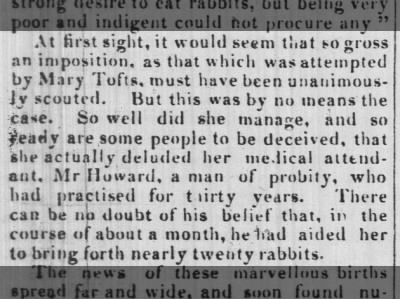 But eventually she was discovered and imprisoned for her deception. The physicians who believed her were ridiculed, and the Toft family received no profit from the hoax. 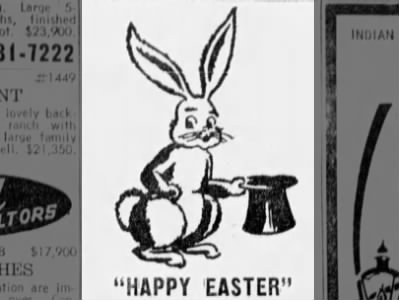 Find more clippings like these by making a search on Newspapers.com.