Care for a taxi dance?

In the 1920s a craze for taxi dance halls swept across the United States. Young women were paid by the dance to be partners for men—young and old, immigrant and outcast—who had the time, money, and inclination to spin around the dance floor but were often excluded elsewhere. 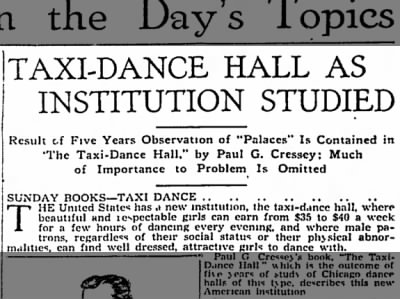 The taxi dance halls were so named because, much like paying for a ride in a taxi, the girls who worked as dancers earned more money the longer they danced. Often those employed as taxi dancers were looked down on, judged for selling their time and company, even if it was only to dance. But they often made very good wages that paid for college tuition, in addition to the usual life expenses. 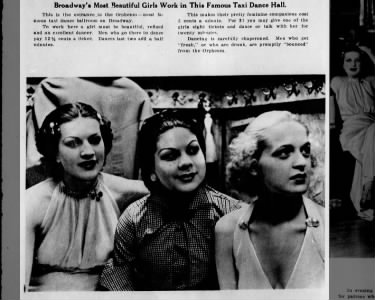 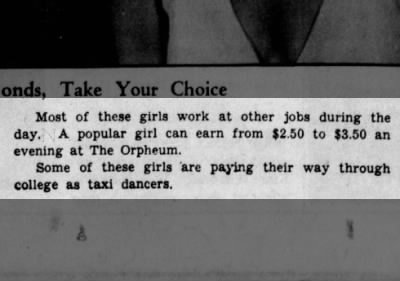 Thousands of men patronized the taxi dance halls each week. Though they were much more inclusive than the more formal halls, most still did not allow black patrons, and some were even more exclusive. But there were not nearly so many objections to this fact as there were to the women who worked there and the types of men who attended. By the 1930s there were several movements to shut down the halls altogether and rid the country of the boisterous, informal, unpoliced spaces. By the 1960s the taxi dance halls had almost completely disappeared.

Make a search on Newspapers.com for more clippings like these.