In September 1859, a crazy thing happened. A solar flare occurred, bright enough to be observed with the naked eye (as it was by an English astronomer named Richard Carrington, after whom the event was later named). The flare was large enough to affect Earth in the form of a solar storm. 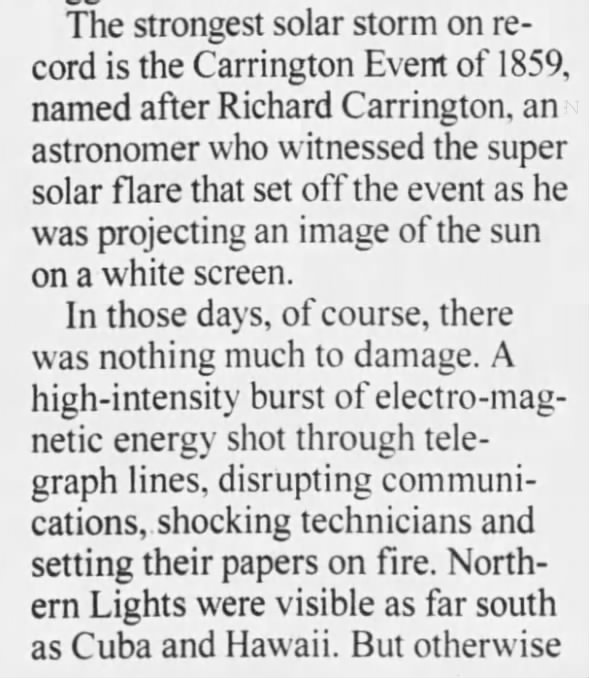 As described above, the storm affected communications and existing technologies across the globe. 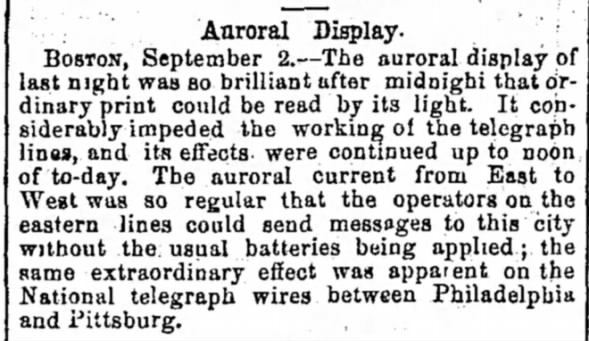 The sky lit up, bright as dawn despite the late night hour, and brilliant red auroras shimmered in silvery swaths overhead. There’s a rather nice description of the event in this clipping below: 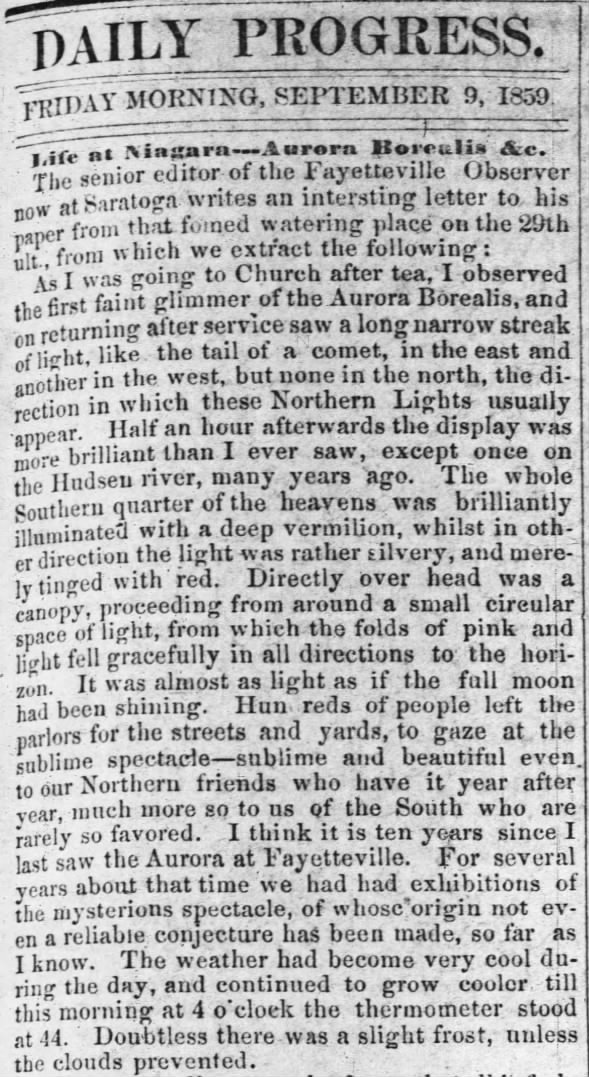 Aside from the telegraph issues, which were resolved as the storm abated, and some fear that the world might be ending, the world was able to move on as normal after a few days. But the event was certainly a bizarre and magnificent display, something to be remembered for a lifetime.

Find more on the Carrington Event/Auroral Lights/Solar storm of 1859 with a search on Newspapers.com.