The Patriotic Deaths of Adams and Jefferson

On July 4, 1776, the founding fathers scratched their names onto parchment (and into history) as they signed the Declaration of Independence. Fifty years later, on a day of fireworks and celebration of the anniversary of that historic day, both Thomas Jefferson and John Adams took their final breaths.

Jefferson took the lead, reportedly happy to go once he had seen the morning of the 4th. 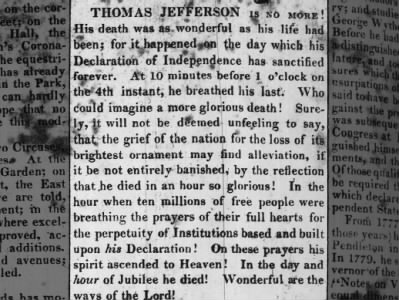 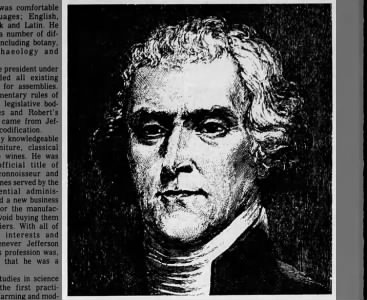 Adams succumbed about five hours later, unaware that Jefferson had preceded him in death. 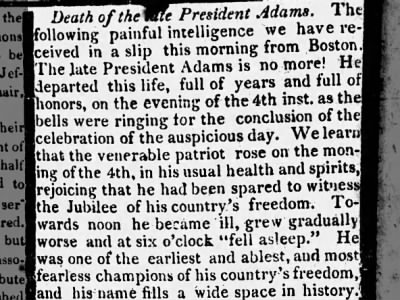 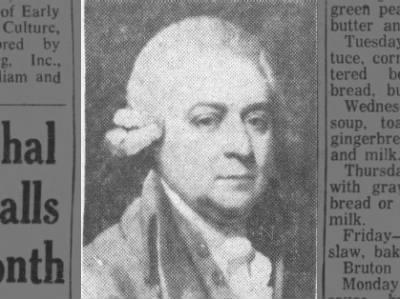 Adams and Jefferson were the last living members of the original group of revolutionaries who fought for freedom from the British Empire. As death dates go, this seems a fitting one for two of the men who drafted the declaration which the United States celebrates every year on this day. 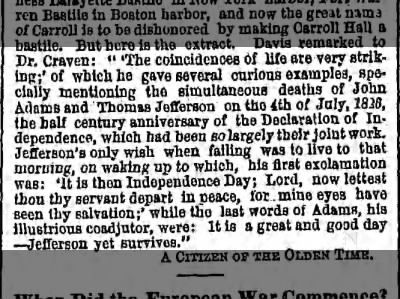 Find more on the lives and deaths of Thomas Jefferson and John Adams with a search on Newspapers.com, or seek out clippings on a topic of your choice with a search of interest to you.

3 thoughts on “The Patriotic Deaths of Adams and Jefferson”