In the wake of today’s divisive politics it seems unimaginable that one candidate could be unanimously chosen as President of the United States. But it has happened before—twice, in fact. Both times it was the same man: George Washington. 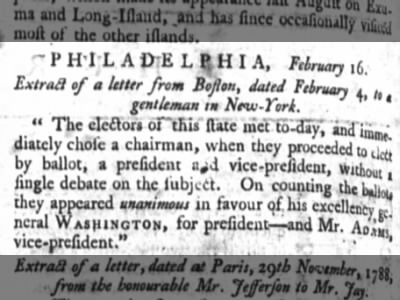 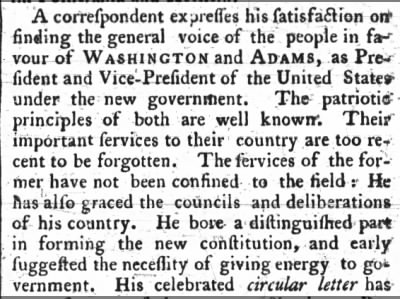 Washington was elected as the first president of the United States on February 4, 1789, by an unusual voting process wherein electors cast votes for two people without distinguishing which should be president and which should be vice president. All present electors voted for Washington, and the majority of the rest also voted for John Adams. Thus, Washington was considered the unanimous choice for president, while Adams was given the vice presidency.

Public opinion of Washington before, during, and after his presidency was incredibly high. He was considered not only a national hero, but a man of integrity and wisdom. The clipping below comes from an ode written about the president in the same year he was first elected: 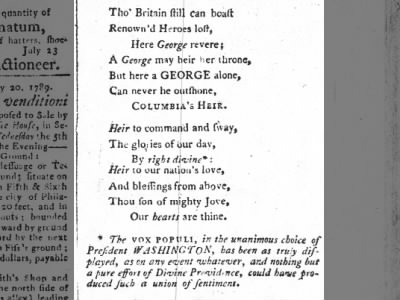 In 1796 Washington revealed that he would not be running for president in the following election, setting a two-term precedent that eventually became law in 1951 with the 22nd Amendment to the Constitution.

See more articles on Washington from the year of his election using this search, or try another search for more articles and clippings from some of Newspapers.com’s oldest papers.