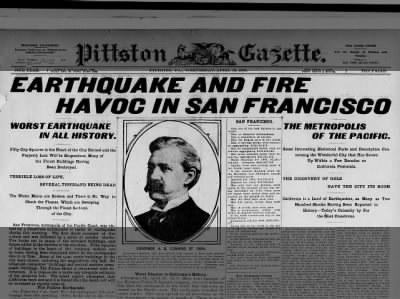 At 5:13 on the morning of April 18, 1906, a rumble began in the area of San Francisco, California. For a full minute, the level 8 earthquake shook the ground, tumbling the brick and wooden buildings. Unforunately, the earthquake wasn’t even the worst part. After the shocks and shaking had subsided, the fires took over, sweeping throughout the city basically unchecked because the water mains had been destroyed in the quake. Firemen did what they could to stop the sweep of destruction, sometimes blowing up whole blocks to create firewalls, but the fires continued for five days before they were finally extinguished. 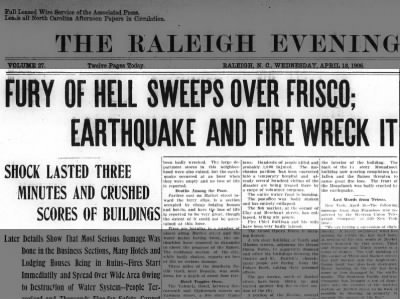 By the time the fires had been controlled, around 3,000 people had perished in the falling buildings and flames. Most of San Francisco’s homes and a significant amount of the business district had been destroyed, the equivalent of several hundred million dollars in damage today. Of those who survived, 250,000 were left homeless. 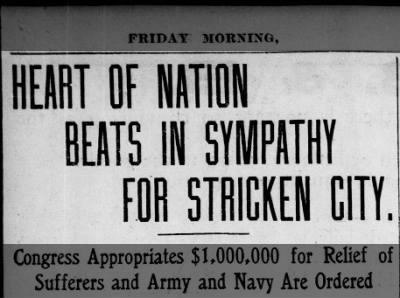 Following the destruction of San Francisco, the city was able to recover fairly quickly. New buildings were constructed in a far more logical way than before, and the new set up allowed for more population growth in the coming decades.

For more articles about the Great San Francisco Earthquake, take a look at this search. Newspaper.com’s search and browse pages are also great for discovering new things and finding articles on any topic of your choosing.