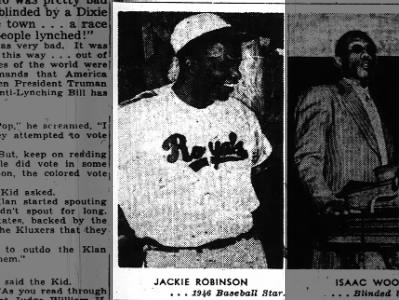 This week in 1947, baseball great Jackie Robinson made history as the first African-American man to join a Major League Baseball team. In stepping on the field with the Brooklyn Dodgers, Robinson shattered the segregation that had existed in the league for over 50 years and opened the sport to all races. 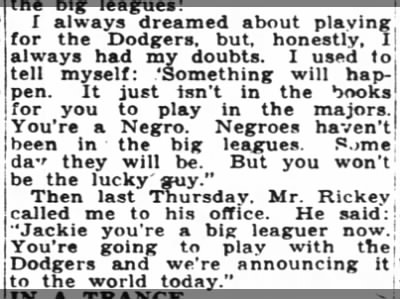 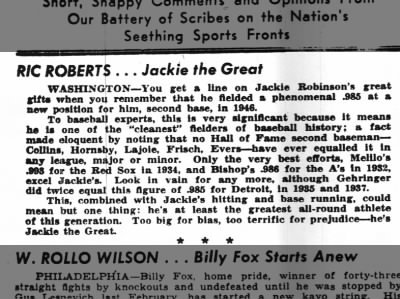 Fifty years later, on the same day Robinson joined the team (April 15), Robinson’s uniform number was retired during a well-attended ceremony in New York City. The number 42 was the first ever retired by all teams in the Major League. 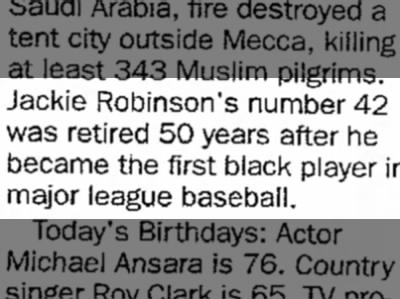 For more on Robinson’s legendary contribution to the sport of baseball, try this search from the year he was signed to the Dodgers, or this search for more general articles. Try the search or browse pages to look up topics of your choice.