On this day in 1838, 18-year-old Alexandrina Victoria was crowned Queen of the United Kingdom of Great Britain and Ireland. She became known as Queen Victoria and reigned for 63 years, a span of time we now call the Victorian Era after her majesty. 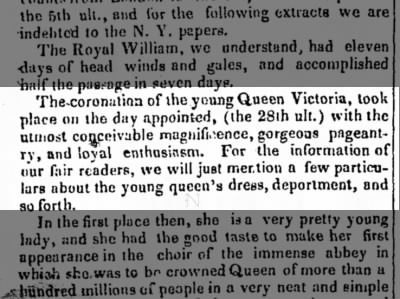 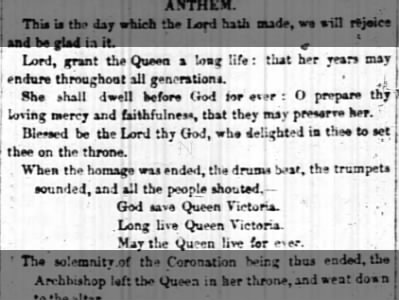 The Young Queen, as she was frequently called, moved into Buckingham Palace and adopted her responsibilities with vigor. She was frugal, involved herself in her country’s politics, and loved her dogs. One story from her coronation day is summarized in the clipping below: 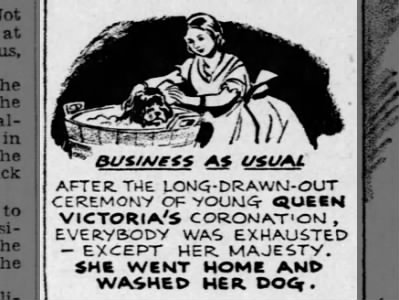 And take a look at this clipping—a nice round-up of facts about Victoria: 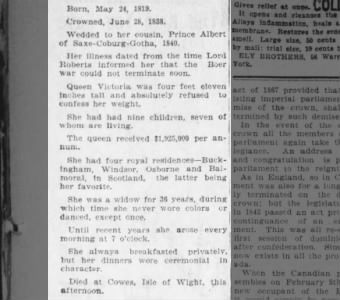 Aside from the years following her husband’s death, Victoria remained a popular and beloved queen to her people. She acquired a maternal presence during her later years on the throne, with a strong focus on morality and family that endeared her to many.

Find more articles from Victoria’s coronation and the years of her reign on Newspapers.com.