There can be no argument that mothers across the world play an incomparable role in raising, teaching, helping and loving their children and the children around them. In honor of Mother’s Day, here are three mothers whose contributions to their families and to history were truly remarkable.

Founder of Mothers Against Drunk Driving: 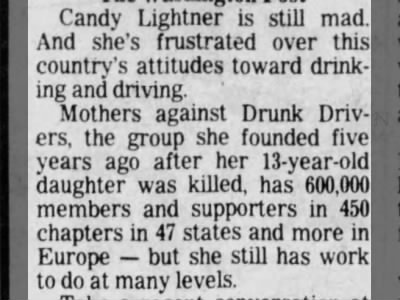 As the article above (from The Town Talk, 1985) says, Lightner’s teenage daughter was struck and killed by a drunk driver in 1980. The organization has only grown since then and continues the fight to end drunk and drugged driving and offer support to those affected by these avoidable tragedies.

Abigail Adams is recognized as an extraordinary woman whose strong intellect, attention to politics, and fierce support for women’s rights and the abolition of slavery made her a true trailblazer. Public sentiment at the time shows similar respect for her hard work in every area of life… 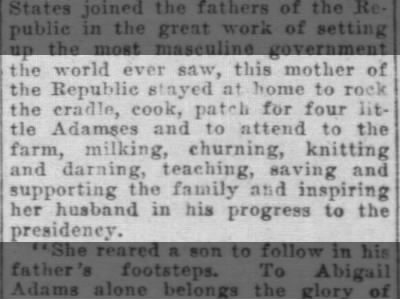 ….and whose opinion can be trusted more than that of her own son? 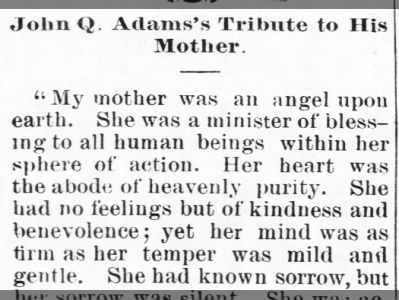 Mother of the Children of the Holocaust

A fearless woman who was as much a mother to the children around her as she was to her own, Irena Sendler risked her life to save thousands of others. 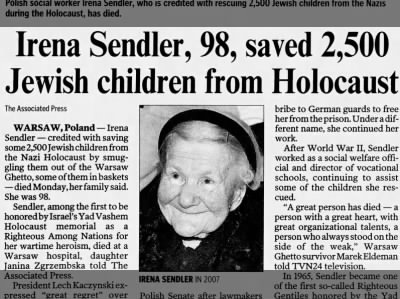 As an employee of the Social Welfare Department in Warsaw, Sendler had permission to enter the Ghetto to conduct inspections. Instead, she used her time there to smuggle out young Jewish children and babies in whatever ways she could, with the help of a small network of volunteers. Around 400 of these children were aided by Sendler directly, a risk for which she eventually paid when she was arrested, beaten, and sentenced to death in 1943. 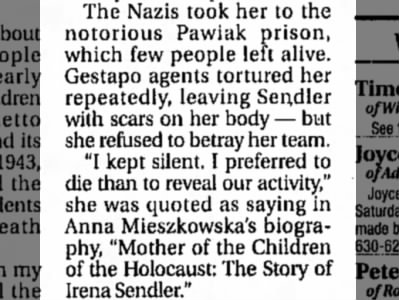 A friend bribed the guards to let Sendler go and she was freed…after which she jumped right back into helping those who couldn’t help themselves.

Of course there are countless more amazing mothers who could not all be mentioned here. Why not try a search today on Newspapers.com for other famous mothers or a relative? Or feel free to browse the papers—who knows what sort of interesting things you might stumble upon?

One thought on “Mothers of History”