New and Updated Papers on Newspapers.com

Chicago Tribune
The Chicago Tribune was founded in 1847. By the Civil War, the Tribune had adopted an anti-slavery stance and was influential in the election of President Abraham Lincoln. In 1974, the Tribune made history when it became the first newspaper to publish overnight the transcripts President Nixon had released of his infamous White House tapes. Today, the Tribune has one of the largest circulations in the country and remains an important paper in the Great Lakes region. Newspapers.com has issues from 1849 to 2016. 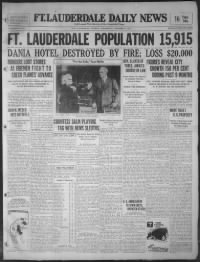 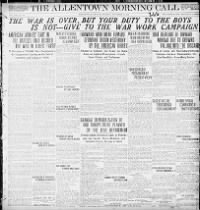 The Morning Call
The Morning Call, based in Allentown, is Pennsylvania’s third-largest newspaper. It serves nine counties in eastern Pennsylvania and western New Jersey and is the leading paper in Lehigh Valley. The paper was founded in 1883 under the name the Critic but was renamed the Morning Call in 1895 as part of a contest in which the schoolboy or girl who could guess the paper’s new name would get five dollars in gold. The Morning Call was run primarily by the Miller family for most of its history, up until the 1980s. It is today known for its watchdog journalism. Newspapers.com has issues from 1895 to 2017.

Explore these and other papers on Newspapers.com!

*With a Newspapers.com Basic subscription, you can see issues of these papers through 1922; or, with a Publisher Extra subscription, access those early years and additional issues from 1923 onward.