When insufficient waste disposal mixes with hot summer heat, it’s not going to be good. That’s exactly what happened in London in the mid-1800s, and it all culminated in the summer of 1858 with the “Great Stink.”

At the time, the city’s waste all ended up in the river Thames. The resulting sewer water and the “great stink” it produced was both offensive and unsafe. It was such a problem that the river god “Father Thames” became “Dirty Old Father Thames,” a filthy, sludgy being whose aromas spared neither the poor nor the prosperous. 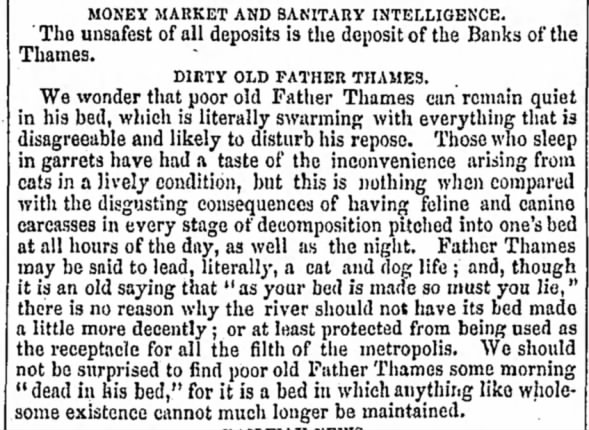 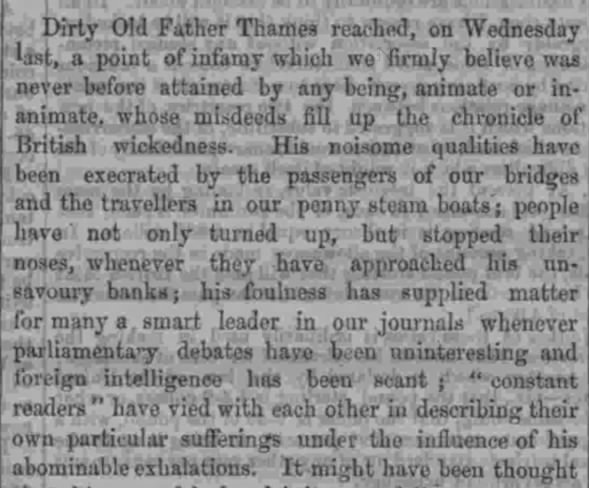 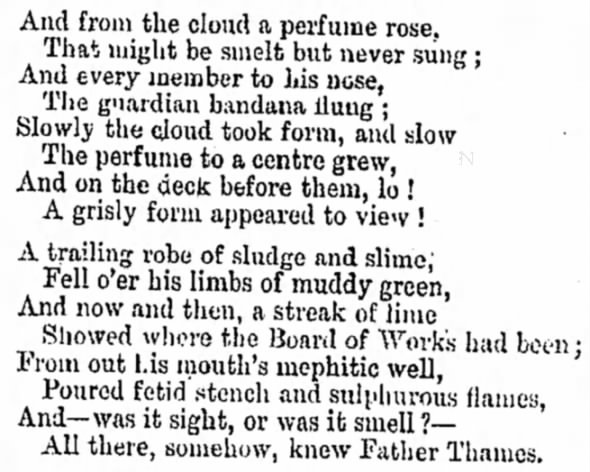 Any solution to the issue would come at incredible expense. If the new Parliament building hadn’t been located on the Thames, fully engulfed in the disgusting miasma, the problem may have persisted even longer. But in 1858, summer temperatures and health concerns soared, and no amount of lime chloride could keep the stink out of the government’s meeting rooms. 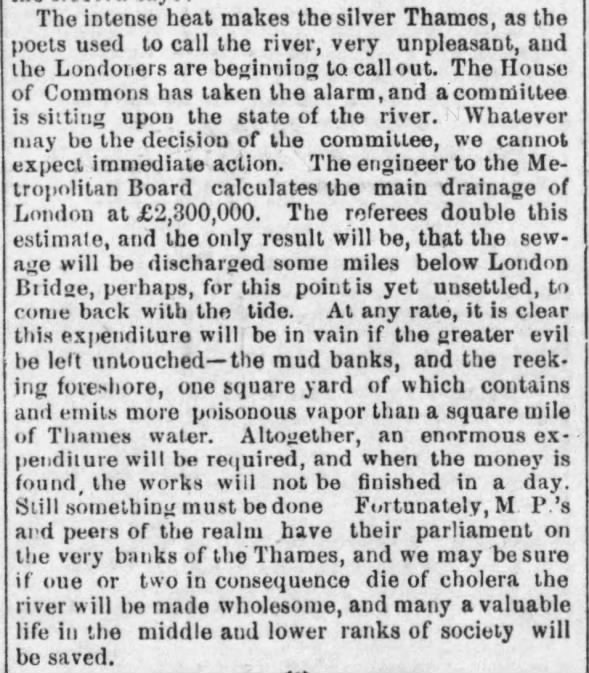 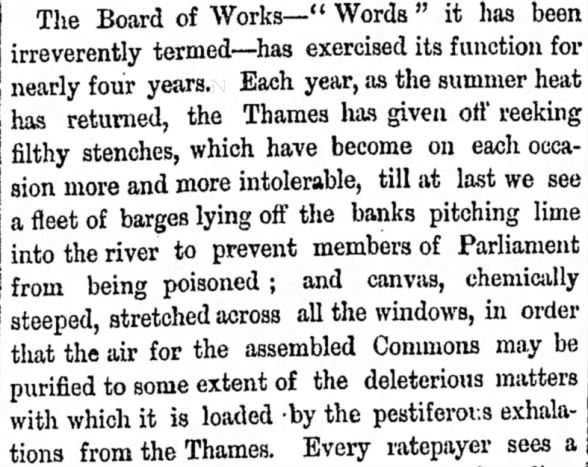 A Solution to the Stink

Something had to be done about it. Enter Joseph Bazalgette, whose extensive plan for a new sewage system was accepted within weeks of the oppressive heat wave. Work began in 1859 and took several years to complete, but Dirty Old Father Thames cleaned up his act.  The Great Stink of 1858 became just another weird piece of history. 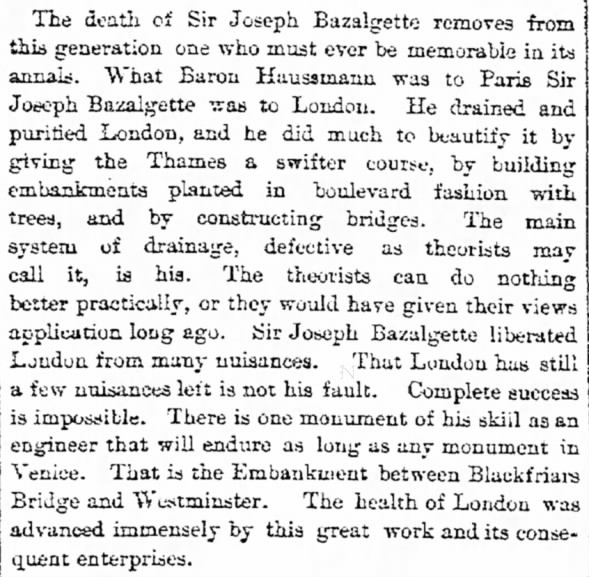 Find more on the Great Stink, the state of the Thames, and Joseph Bazalgette with a search on Newspapers.com.