This month we head across the pond to highlight our British collection of newspapers. We have papers from cities across England. We also have issues from Scotland, Ireland, Northern Ireland, and Wales. Our archives date back to 1700 and cover more than 300 years of history. 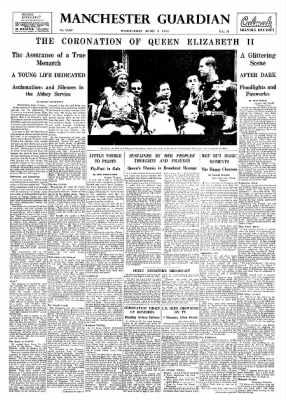 This clipping from The Post Man and The Historical Account from 1700, advertises a book that scholars consider the world’s first scientific journal. It was published by Sir Hans Sloane. Sloane was King George’s doctor, a scientist, and an avid collector of objects from all around the world. Upon his death, Sloane willed his collection of 71,000 items to Britain. This collection became the foundation for the British Museum.

The events leading up to the Revolutionary War are covered from a British perspective in this collection. In one last attempt to avoid war, The Derby Mercury published this letter sent by the Continental Congress to “The Inhabitants of Britain” in 1775. The letter asked for compassion and understanding and pointed out injustices.

The American Revolution has been just one of many conflicts covered by British papers. This dispatch published in The Morning Post in 1814 described when the British set fire to the White House. “The following buildings were set fire to and consumed – the Capitol, including the Senate-house and House of Representation, the arsenal and the President’s palace,” the report said.

The royal family has long dominated British newspaper headlines. In 1837, the papers reported on the crowning of Queen Victoria. The Jackson’s Oxford Journal celebrated her marriage to Prince Albert; and this 1861 headline in The Morning Chronicle announced the death of Prince Albert.

Queen Victoria reigned during a time of rapid industrial growth. British newspapers recorded the deaths of many men, women and children who worked in unsafe working conditions in factories and mines.

The Shefflield and Rotherham Independent reported on a violent storm in 1838. It filled ventilation shafts with water at the Huskar Colliery, resulting in the deaths of 26 child mine workers. Queen Victoria pressed for an inquiry on working conditions. In 1842, the Children’s Employment Commission released a report that made its way to the papers and caused a sensation. The report found it was not uncommon for children as young as five to work 12-hour days in the mines. They hauled heavy loads through narrow shafts, some just 18-inches tall. The Mines and Collieries Act of 1842 was designed to protect women and children from these conditions.

Industrialization led to increased pollution. The Guardian reported on the great smog of 1952. An anticyclone caused high pressure that trapped pollutants and formed a layer of smog over London. Visibility was reduced to inches. The smog claimed more than 4,000 lives during the 5-day event, and thousands more after.

To learn more about these stories, or to research your British ancestors, search our British collection on Newspapers.com!

11 thoughts on “British Collection of Newspapers”