Some things are so culturally ubiquitous that we rarely think to wonder where they came from. Children’s games fall under this category quite often (Ring Around the Rosy, anyone?). When you and a friend have to choose who gets the last cookie, what’s the go-to game of choice? Very likely, it’s Rock-Paper-Scissors, or, as it used to be known, Jan-ken (or Janken, or Jan Ken Po/Pon). 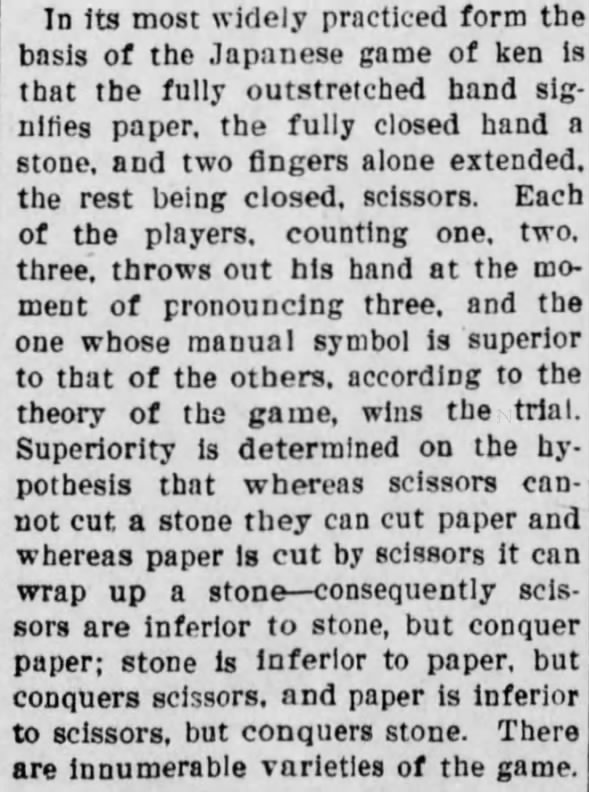 Rock-paper-scissors (or whichever version of the name you use) went through many historical variations before it became the game it is today. The concept of a game where a hand signal can always lose to one and beat another is quite old, originating in China. Earlier versions used gestures for various animals, or simpler signals using the thumb, index and pinky fingers.

Today’s version has morphed from all of those to feature the familiar closed fist, flat hand, and scissor shapes. It didn’t appear in America until the 20th century, when Japanese immigrants introduced it in Hawaii. Today it’s as popular in the U.S. as it continues to be in Japan, and is a beloved go-to for all manner of disputes.

For example, these two girls… 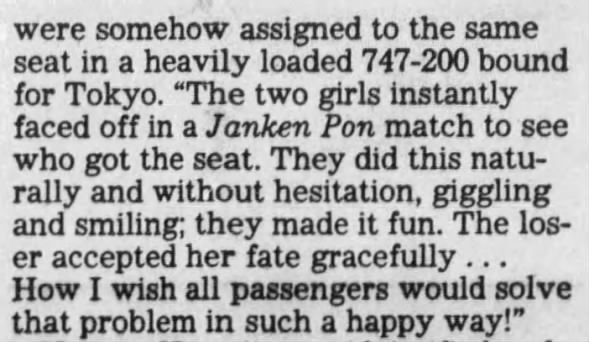 Find more articles on Rock-paper-scissors and other similar games with a search on Newspapers.com.