When Daylight Saving Time was first introduced in the United States, it was known by another name—fast time. In the papers we find a history of fast time and its progression into the nationwide practice we have today.

The first fast time in the U.S. was observed nationally in 1918, but was so unpopular it lasted only seven months. Some states continued to observe the change, but most happily went back to the way things had been before. Then, during WWII, President Roosevelt set time in motion once again: 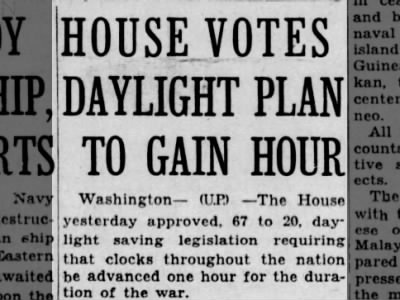 Once the war ended, the law ended as well, and states were allowed to choose if and when they would observe fast time. Understandably, this created a lot of confusion across the nation, particularly when it came to travel and broadcast schedules. 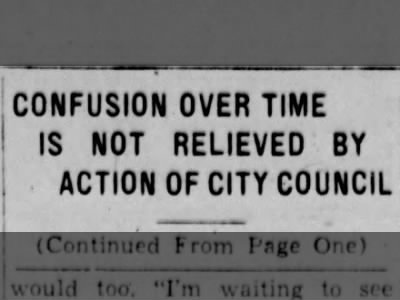 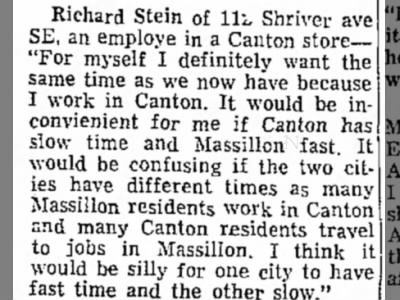 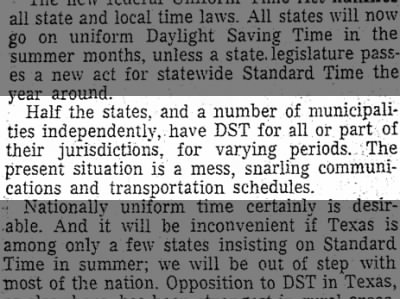 And yet, it took until 1966 for the confusion to be sorted out. Opinions on the introduction of a unified time change were varied, but after 20 years of dealing with the inconsistencies pretty much everyone was ready to be on the same page. Thus entered the Uniform Time Act. 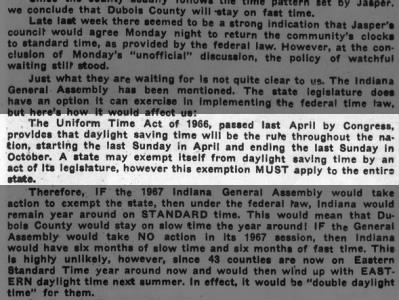 Since then, all but those who have chosen exemption continue to practice Daylight Saving time, though the dates on which it begins and ends have changed occasionally throughout the years. It continues to be a source of annoyance for many, but some, like Jennifer Walker in 1983, think overall it’s just fine. 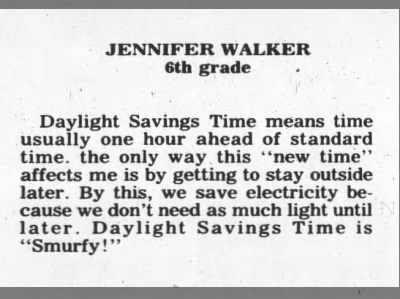 Find more on Daylight Saving Time in the news by making a search on Newspapers.com. And don’t forget to turn your clocks ahead one hour this Sunday!