Today in 1850, Hester Prynne stepped into the published world with a scarlet letter on her chest. 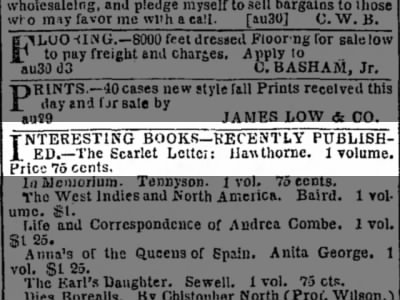 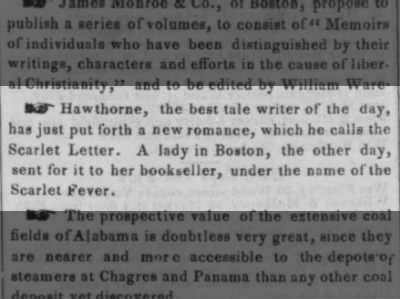 The Scarlet Letter was well-received as a testament to Hawthorne’s skill with writing and an admirable addition to his already published works. It was, and continues to be, regarded as potentially Hawthorne’s best novel. It quickly became a best-seller and was one of the first books to be mass produced throughout the nation. 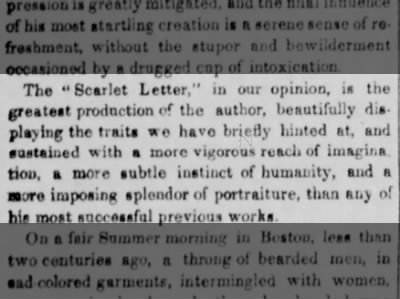 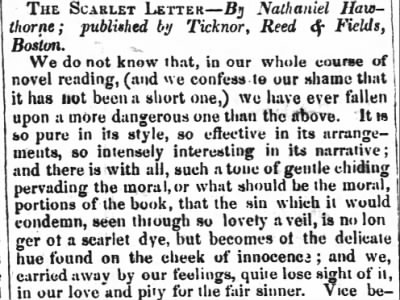 Find more on Nathaniel Hawthorne and The Scarlet Letter with a search on Newspapers.com.