Balloon jumping was a burgeoning sport in the early 1920s. It involved strapping a big balloon to your back and then using its lift to bound across the land as though weightless. Sounds fun, right? But this sport never really “took off,” so to speak.

Take a look at these clippings for a nice, succinct summary of the rise and fall of balloon jumping: 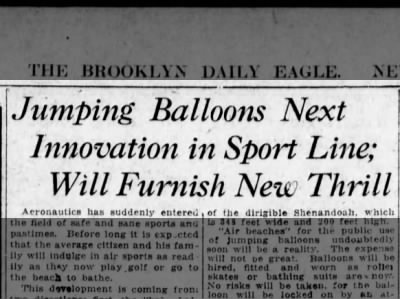 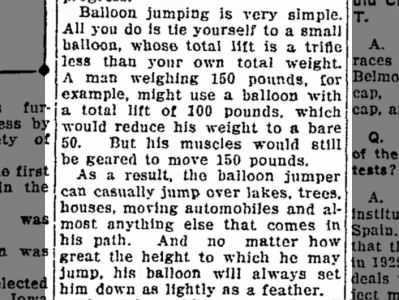 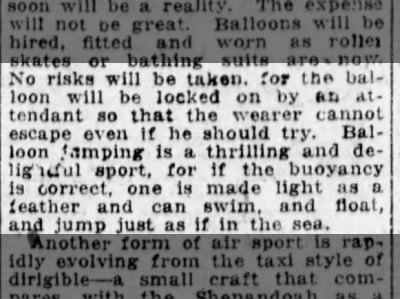 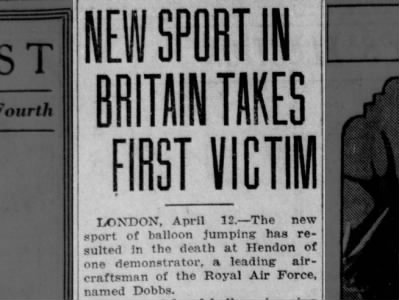 Poor Dobbs proved that balloon jumping wasn’t quite as safe as it first appeared. It turns out that giant balloons are not as easy to control mid-air as they might seem. When attempting to leap a hangar, Dobbs was caught up in electrical wires and electrocuted. After the death of an experienced sergeant, interest in balloon jumping kind of petered out, and it never became the sports sensation that it was predicted to be.

There’s a lot more where that came from! Take a look at these search results on Newspapers.com for more on balloon jumping in the last century.