Have you checked out our New & Updated papers page lately? It’s the best place to find out which newspapers have recently been added to our site.

Let’s take a quick look at a few of the newest papers: 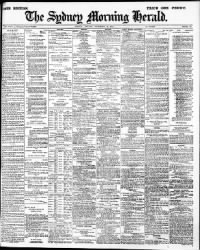 The Age was another historically prominent Aussie paper, and Newspapers.com currently has issues as far back as 1859. In its earliest years, the paper didn’t do very well, but under the ownership of the Syme family, it became one of the most successful papers in the world in the late 19th century.

These are just a handful of the new papers on Newspapers.com. Remember to visit the New & Updated page to see the rest!

81 thoughts on “New Papers on Newspapers.com”