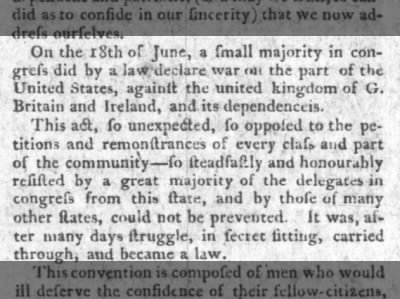 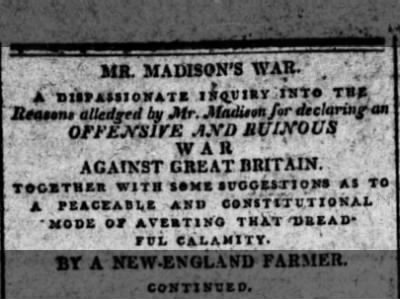 The declaration was an unpopular one, scraping by in both Congress and Senate with the barest of majorities. The conflict lasted 2 1/2 years and was eventually considered to be something of a second war of independence for the United States by the time the Treaty of Ghent was signed in December 1914. Both sides had achieved their goals and did not care to spend any more lives or money on further conflict. 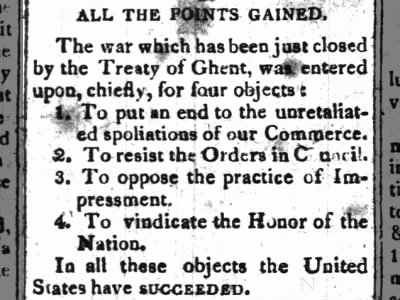 For more on the War of 1812 in the news, check out this seach on Newspapers.com.