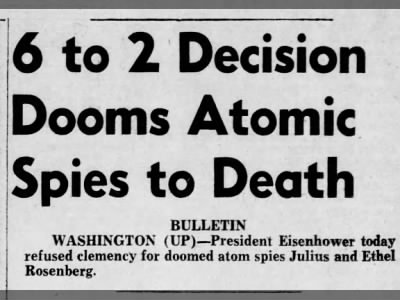 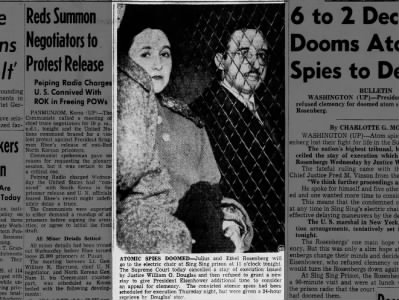 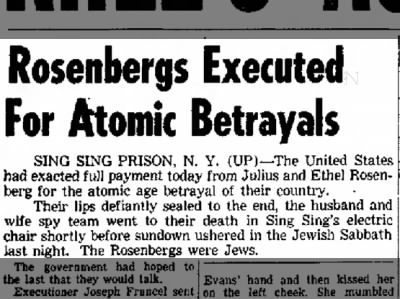 On June 19, 1953, Julius and Ethel Rosenberg were executed for treason and conspiring to pass top secret information on the atomic bomb to the Soviet Union. They were not the only ones to be arrested, but they were the only ones to refuse to confess for a lighter sentence. The Rosenbergs protested their innocence throughout their trial and imprisonment, and the peacetime execution of this couple remains controversial to this day.

It was later found that though Julius had been a spy, his wife was innocent. Ethel’s brother, David Greenglass, had given the testimony that condemned his sister and brother-in-law. Years later he recanted what he had said about Ethel, admitting that he had lied about his sister in order to save his wife, who had been the real spy.

For more, take a look through the results of this search on Newspapers.com

One thought on “Rosenberg Execution”