We searched the historical papers on Newspapers.com™ to find the stories of 5 pioneering women doctors you may not have heard of before!

Rebecca (Davis) Lee Crumpler (1831-1895) was the first Black American woman doctor, graduating in 1864 from the New England Female Medical College, where she was the only Black graduate.

After graduating, she practiced medicine primarily in Massachusetts and Virginia, focusing on the care of women and children. She also worked with the Freedmen’s Bureau to provide medical care to the formerly enslaved. She published A Book of Medical Discourses in 1883.

An 1894 piece in the Boston Globe described Crumpler as an “intellectual woman” who “as a physician made an enviable place for herself in the ranks of the medical fraternity.”

Sara Josephine Baker (1873-1945) graduated from New York Infirmary Medical College in 1898. Her career was largely focused on improving children’s healthcare in underserved New York communities and lowering infant mortality rates. Baker received a doctorate in public health in 1917, the first woman to do so.

Baker became known for her observation (as quoted in the New York Times in 1918) that it was “safer to be a soldier in the trenches in this horrible war than to be a baby in the cradle in the United States.” 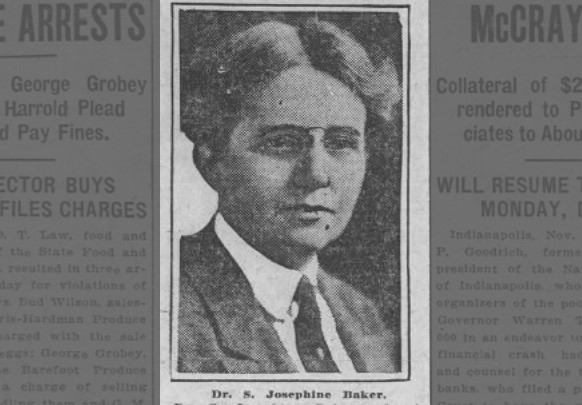 María Elisa Rivera Díaz and Ana “Anita” Janer both graduated from the Woman’s Medical College of Baltimore in 1909, making them the first Puerto Rican women to earn medical degrees. Both were at the top of their class, and both started medical practices shortly after graduating.

Their extremely high grades in difficult subjects earned them the 1908 newspaper description of “las más notables estudiantes de medicina en la ciudad” (“the most notable medical students in the city”). 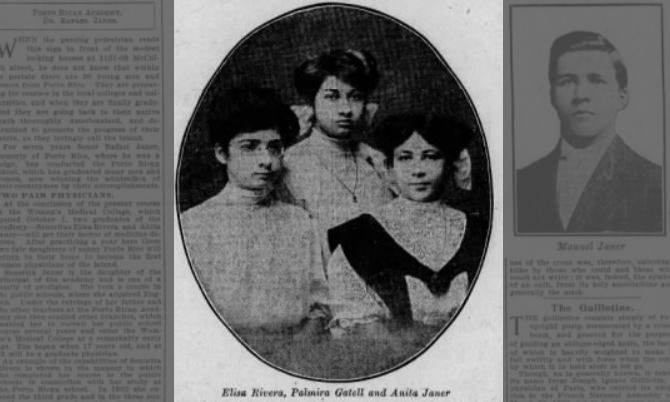 Margaret Jessie Chung (1889-1959) graduated from the University of Southern California Medical School in 1916 and opened a clinic in San Francisco’s Chinatown in the 1920s. She provided medical care not only to the Chinese community, but also to celebrities and other prominent Californians. She became known as “Mom Chung” for the care and support she gave to hundreds of servicemen beginning in 1931.

A 1927 newspaper feature about Chung remarked that “she fought her fight until her achievements have earned for her the reputation of being both a physician and a surgeon of unusual ability.” 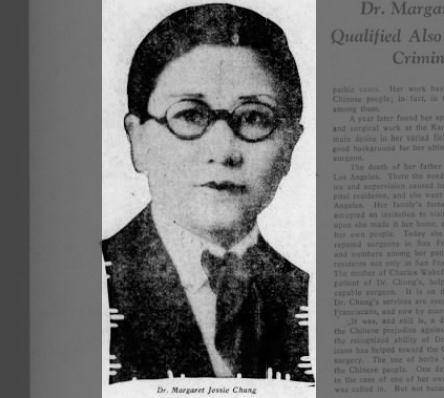