Don’t have a library? Never fear—the library will come to you. Such was the thought in eastern Kentucky, 1935, when the Pack Horse Library initiative began. 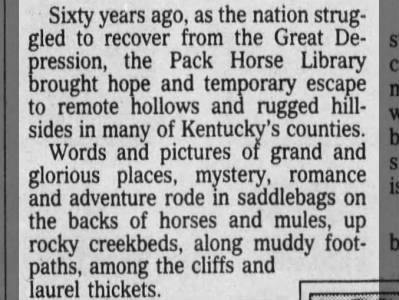 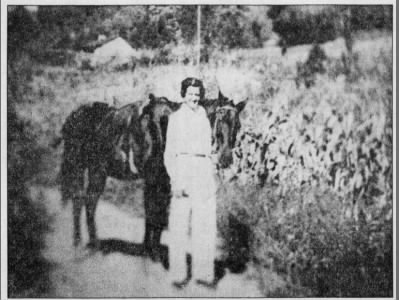 The job was no walk in the park. The lack of library access was often due to how remote these places were, and access to them was found through stony creeks, mud-caked footpaths, and on the skirting edges of cliffs. The librarians often had to walk on foot, leading their horse behind them, for the safety of themselves and their mounts. Library headquarters would be set up in the various counties in whatever building would offer room, and from here the librarian would stock up, travel with a pocket-full of adventures or recipes or romances, and later return to get a fresh batch to circulate. 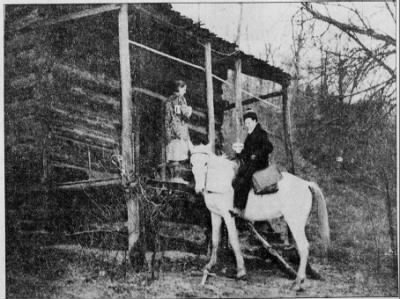 The Pack Horse Libraries lost their funding in 1943 and were forced to close up shop. Fortunately, bookmobiles were not far behind and took the reins—so to speak—in 1946 as a modernized version of the “horsemobile” libraries of the Great Depression. But for a decade, thousands of Kentucky residents had these brave women to thank for caring enough about literacy, education, and imagination to traverse the craggy Kentucky countryside with their bags full o’ books. 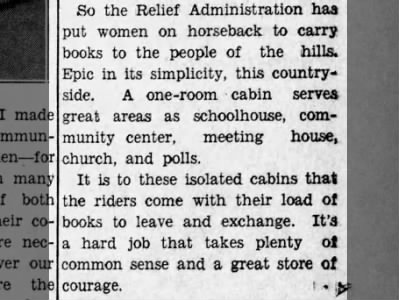 Find more on this snippet of history with a search on Newspapers.com.