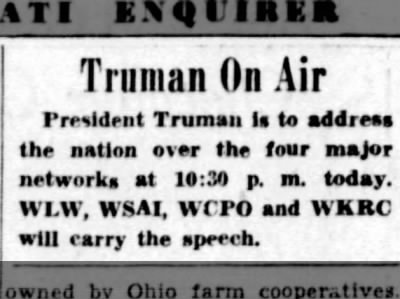 On this day in 1947, television saw its first presidential speech. President Harry Truman took to radio and screen to urge citizens toward conservation, hoping to provide food aid to a still recovering Europe in the wake of WWII. 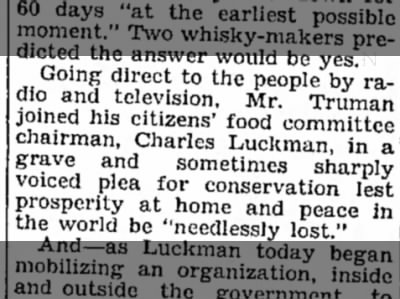 The speech aired across the nation, but most Americans missed it—those who had TVs could be counted in thousands rather than millions. Still, the move to television set the tone for a future relationship between president and people that continues to this day. 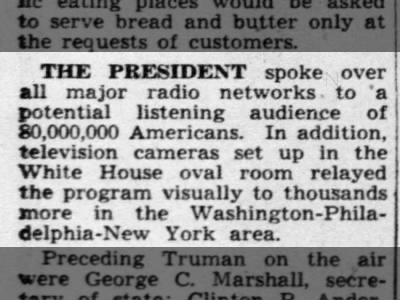 One last thing to note: in fairness, Franklin Roosevelt was actually the first president to appear on TV. He spoke at NYC’s World’s Fair nearly 10 years before Truman’s screen appearance. But since his speech was only shown at the event itself and at Radio City in Manhattan—a very limited audience—Truman’s television debut is considered the first in the history of presidential speeches.

For more on this speech and other comings and goings of US Presidents, try a search on Newspapers.com.