This Week in History – Romanov Execution 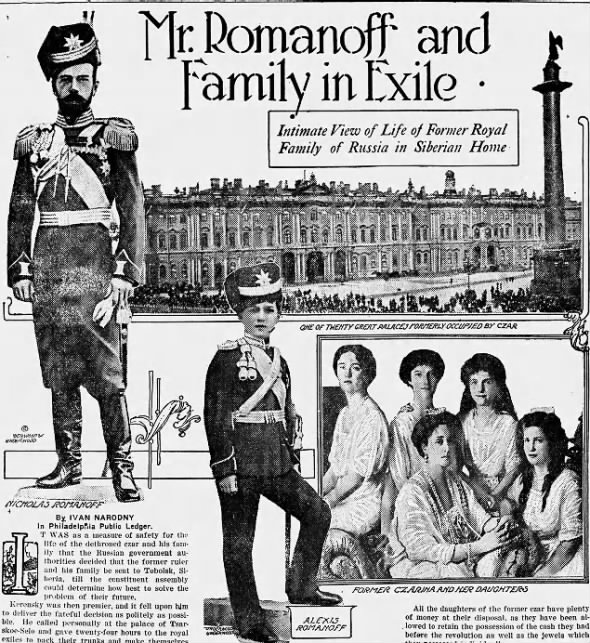 In the early morning hours of July 17, 1918, the exiled Romanov family and loyal servants were murdered by Bolshevik guards under the orders of Vladmir Lenin. The executions were so concealed and misinformation so thoroughly woven around the event that for years no one knew what happened to the czar and his family. 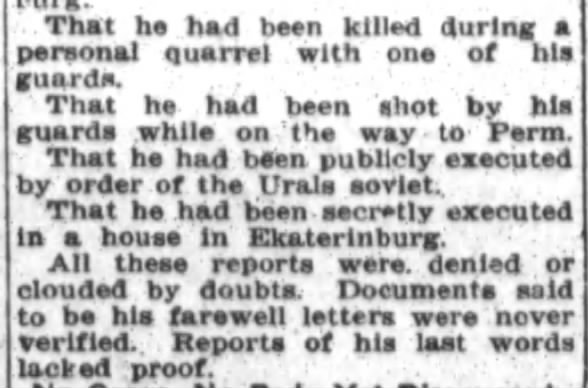 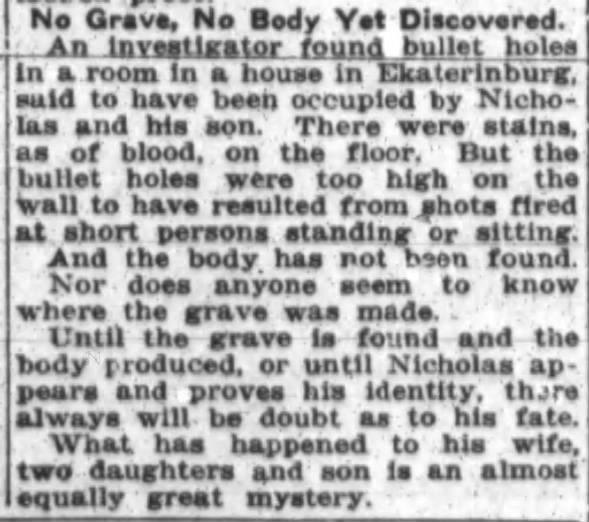 Nearly a decade later Soviet leaders confessed to the murders, though they absolved themselves of direct involvement and responsibility. The truth came out in patchy pieces. It wasn’t just the czar who had met a violent end, but his family as well, a fact which didn’t sit well even with detractors. The following clipping shares a (slightly graphic) account of the family’s last moments. 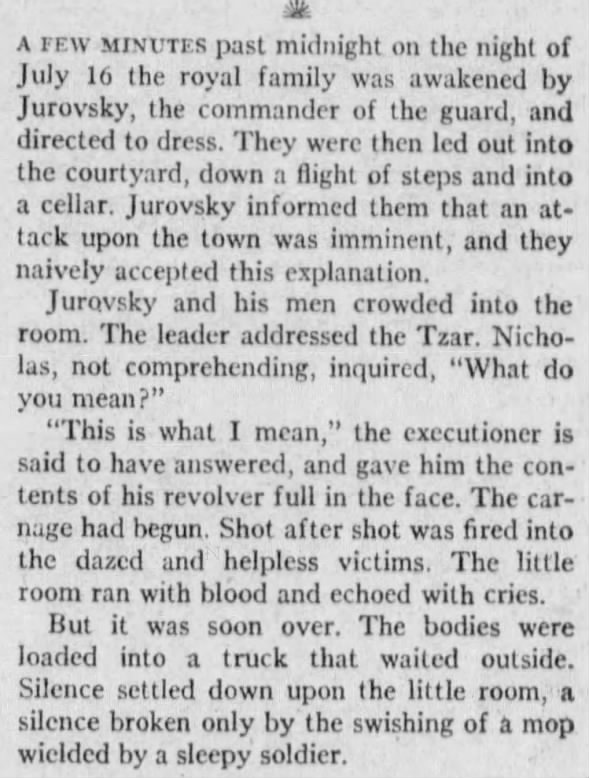 It took decades for the bodies to finally be found. In 1998, 80 years after their deaths, the family was buried together in St. Peter and Paul Cathedral in Saint Petersburg.

Find more on the rough politics leading up to this moment and on the deaths of the Romanovs with a search on Newspapers.com. And of course there is much to be found about the youngest daughter, Anastasia, and the many impersonations that would follow speculations of her survival.

One thought on “This Week in History – Romanov Execution”