On October 24, 1926, the famed magician Harry Houdini finished a show, walked off the stage, and collapsed. 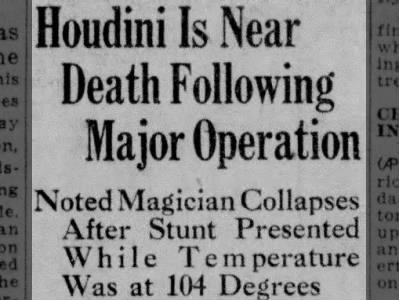 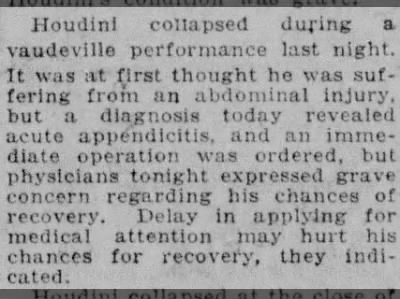 The above-mentioned “delay in applying for medical attention” was a span of several days. The exact reasons for his unexpected death haven’t been confirmed, exactly, but it is pretty likely a result of being punched in the stomach after a lecture on October 22nd. Houdini was chatting with some students in his dressing room when one student decided to test his claim that he could withstand any blow to the stomach. 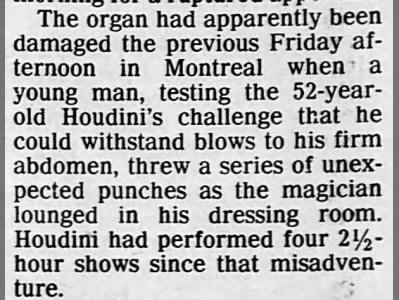 The student’s blow came without warning, and Houdini, with no time to prepare, found himself with a ruptured appendix as a result. But it was his insistence that the show must go on, as they say, that did him in. He survived for a week after the operation for his appendicitis, but eventually died that Halloween at the age of 52.

But before he died, he is said to have made a promise with his wife. If there was a way to contact her from the Beyond, he would find it. And thus, the annual Halloween Houdini seances began. 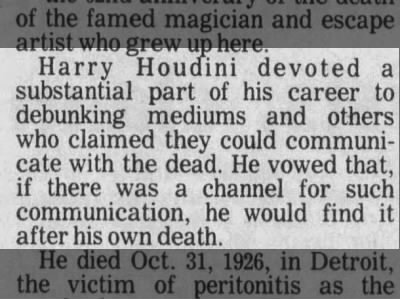 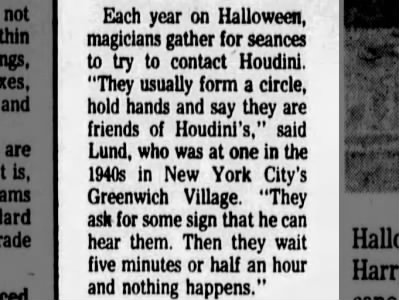 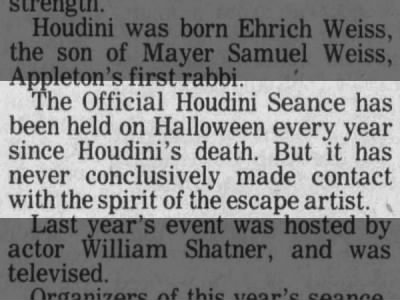 After ten years of attempting to receive a message from her husband, Bess Houdini finally gave up the effort. She died in 1943. She is pictured below next to a small collection of her husbands things a few days before the October 1936 seance, the final attempt she would make. 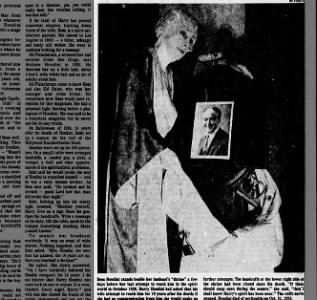 Find more on Houdini’s life, death, and attempts to reach him beyond the grave with a search on Newspapers.com.