Once upon a time, in the year 1911, the sudden disappearance of a famous work of art thrust it into the international spotlight. 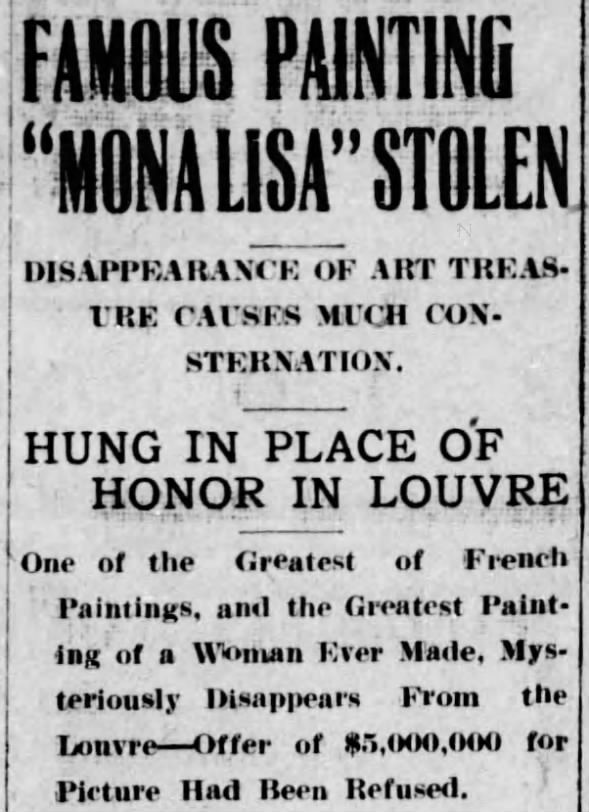 The painting was stolen sometime on the morning of August 21, but it appears that somehow no one noticed until the next day. This will seem strange to those who have had to push through crowds of people and their cameras to get a peek at the Mona Lisa in recent years, but makes a bit more sense in the context of 1911. While the Mona Lisa was by no means unknown at the time, it was this very thievery and the resulting flood of news headlines that made her one of the most famous paintings in the world.

For two years the whereabouts of the painting remained a mystery. 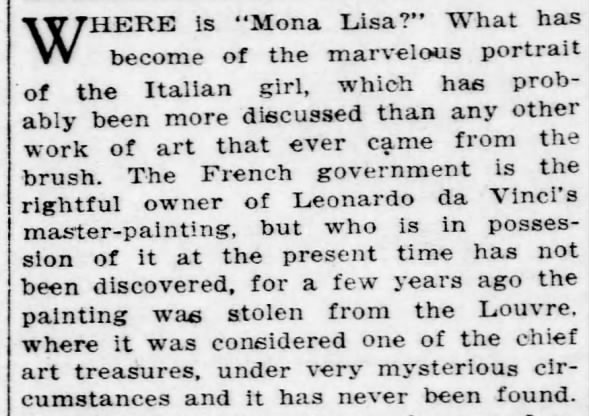 At long last, the thief was caught. His name was Vincenzo Perugia, and his connection to the theft was discovered in late 1913 after he tried to sell the painting. 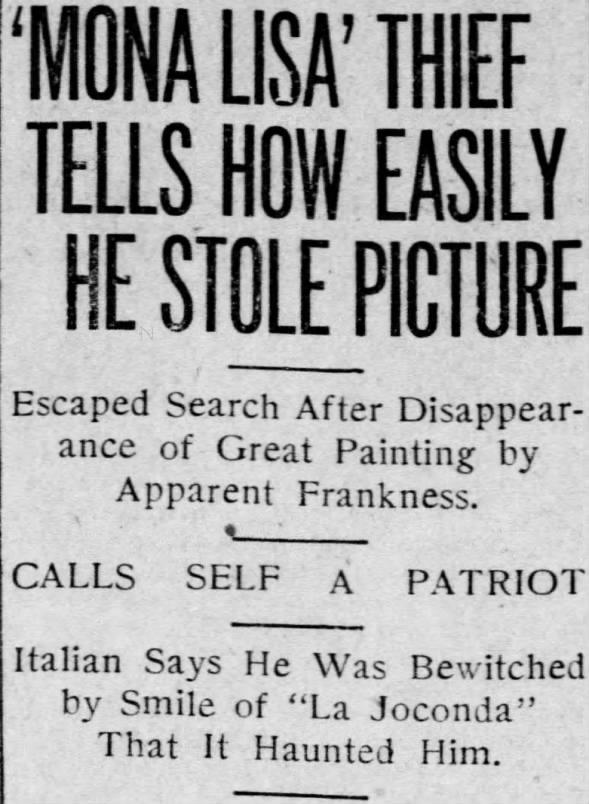 Perugia explained how he’d envisioned and planned the theft while working for the Louvre. On the morning of the 21st he’d simply walked into the museum, taken the Mona Lisa from where she hung in a room that was empty at the time, and walked out with the painting hidden under his worker’s smock.

And as for his motives? 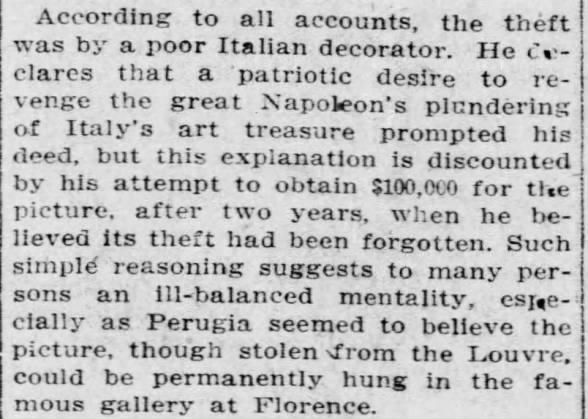 Perugia’s understanding of history was a bit misguided (the Mona Lisa had never been stolen by Napoleon at all, but was taken to France by Da Vinci himself in the 16th century), but nonetheless he considered himself a national hero and fully expected to be showered in the praise of his fellow wronged Italians.

After a short exhibition throughout Italy the famously enigmatic lady was returned to the Louvre and can still be seen there today.

This story was extremely well circulated throughout the papers of the time, so there’s a lot more to find! Try a search on Newspapers.com for Perugia and the Mona Lisa theft to find more clippings about this piece of history.