The First Woman to Circumnavigate the Globe

The name of this famous lady was Jeanne Baret. When her employer, a naturalist named Philibert Commerson, was invited on an expedition with explorer Louis Antoine de Bougainville, Baret used the ol’ “woman-disguised-as-a-man” trick to join the frequently unwell Commerson on the voyage as his assistant and caretaker. 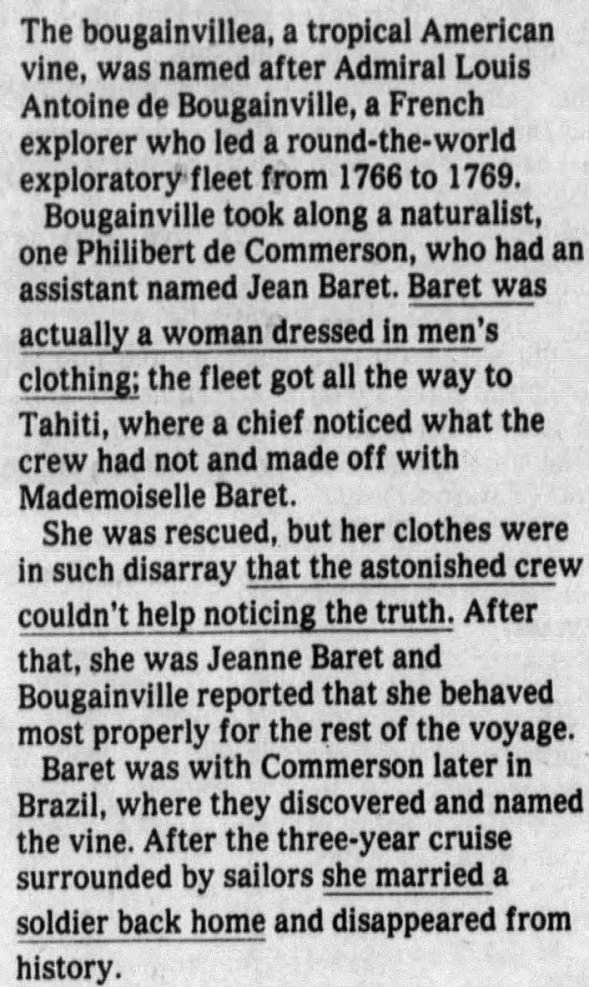 The clipping above is just one example of many unconfirmed explanations for her discovery. The only common thread of truth in the account seems to be that her identity was revealed sometime around the voyage’s arrival in Tahiti in 1768.

Baret’s part on the expedition came to an end when she and Commerson remained on the island of Mauritius during one of the ships long stops. It was here that Commerson died. In 1774 Jeanne married the soldier mentioned in the first clipping and found her way back to France, thus completing her circumnavigation.

Find more on Baret, Commerson, Bougainville and their expedition with a search on Newspapers.com.

One thought on “The First Woman to Circumnavigate the Globe”