Mary Poppins Popping Up in Papers

Winds in the east, mist coming in, like somethin’ is brewin’, about to begin. Can’t put me finger on what lies in store, but I feel what’s to happen all happened before. -Bert in “Mary Poppins,” 1964

Mary Poppins is blowing in on an east wind this week in the form of a new film, Mary Poppins Returns. But her tricks and triumphs earned her a place in the land of imagination long before her appearance on the big screen.

It all happened once upon a time in 1934. The name “Mary Poppins” popped up in ads and reviews for a new children’s book by the same name written by P. L. Travers. The book’s whimsy and magic didn’t just captivate children, though, as evidenced by the glowing reports. 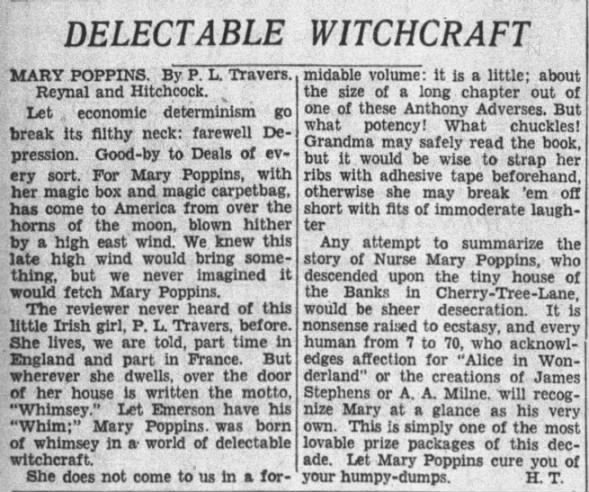 Thirty years after the first book was released, she made her grand appearance on the big screen. A concerned P. L. Travers avoided movie deals for years, worried what might become of her story in the wrong hands. But with the help of Walt Disney, Travers relented. It seems she regretted it later, but viewers did not—the movie was an instant success. (Reluctant fans of all things sweet and charming will enjoy this review, which satirically bemoans the presence of plot, talent, and cuteness in the film.)

The 1964 movie was also Julie Andrews’ screen debut, taken on despite her own nervousness about performing before a camera instead of an audience. She needn’t have worried, of course—her charming performance won her an Oscar for Best Actress in 1965. 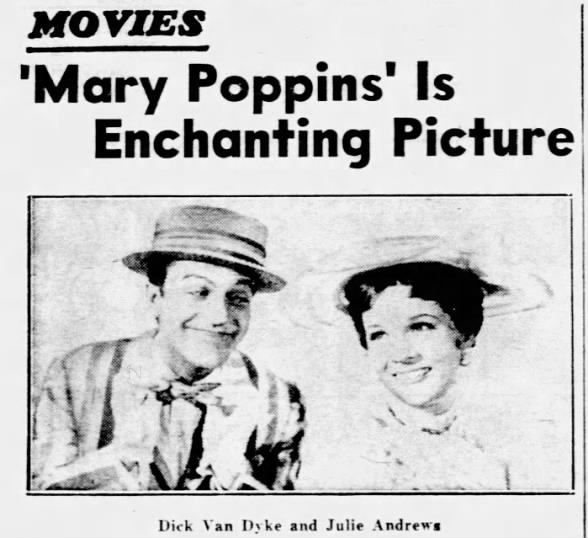 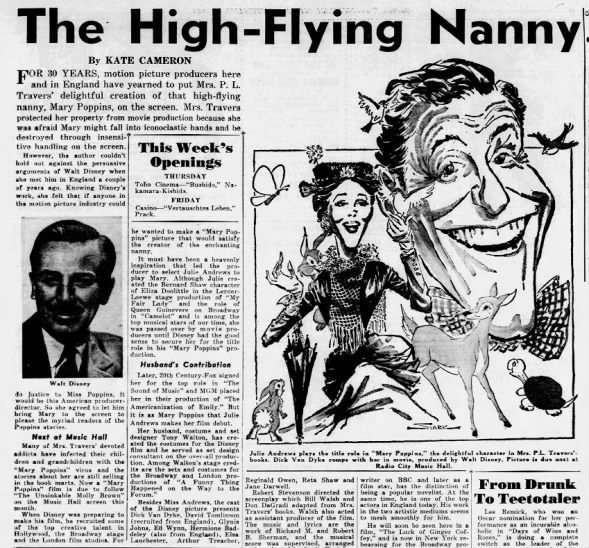 The success of the movie prompted merchandise, fashion, a musical, more books and a return to “fun shows.” Travers even wrote a story-cookbook, full of recipes that she says Mary Poppins herself would have used. 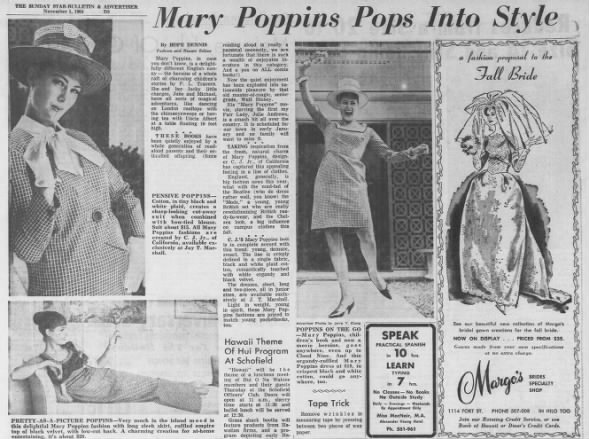 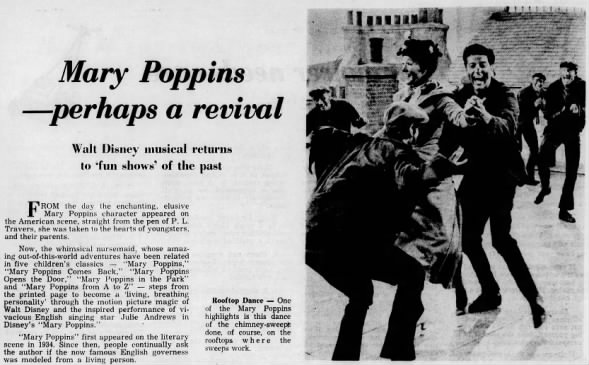 Both in words and on screen, Mary Poppins has become a beloved and unforgettable character. This latest film promises to be yet another magical success for her to tuck away into her endless carpetbag.

If you have any Mary Poppins experiences or stories, please feel free to share them in the comments! And for more articles on everyone’s favorite mysteriously magical nanny, try a search on Newspapers.com.

Won’t You Be My Neighbor?

One thought on “Mary Poppins Popping Up in Papers”