“Scientists now declare that the many lines and spots on Mars represent verdure along a most wonderful canal system, which the inhabitants of the planet have constructed for purposes of irrigation.”

No, it’s not the latest finding from NASA’s InSight Mars lander, which successfully touched down on the red planet last month. Instead, the quote comes from a 1907 article in the Los Angeles Times.

While the idea of a Martian-made canal system on Mars seems laughable today, around the turn of the 19th century there was a group of astronomers and scientists who took the idea seriously. In fact, they believed they had proof.

Why Did Astronomers Think Mars Had Canals?

The popularization of the idea of canals on Mars began with the observations of a 19th-century Italian astronomer named Giovanni Schiaparelli. Schiaparelli believed he saw a system of straight lines on the surface of Mars, which he called “canali” in 1877. Although the Italian word can be translated to mean “channels”—which is closer to what Schiaparelli intended—the word got translated in to English as “canals.” 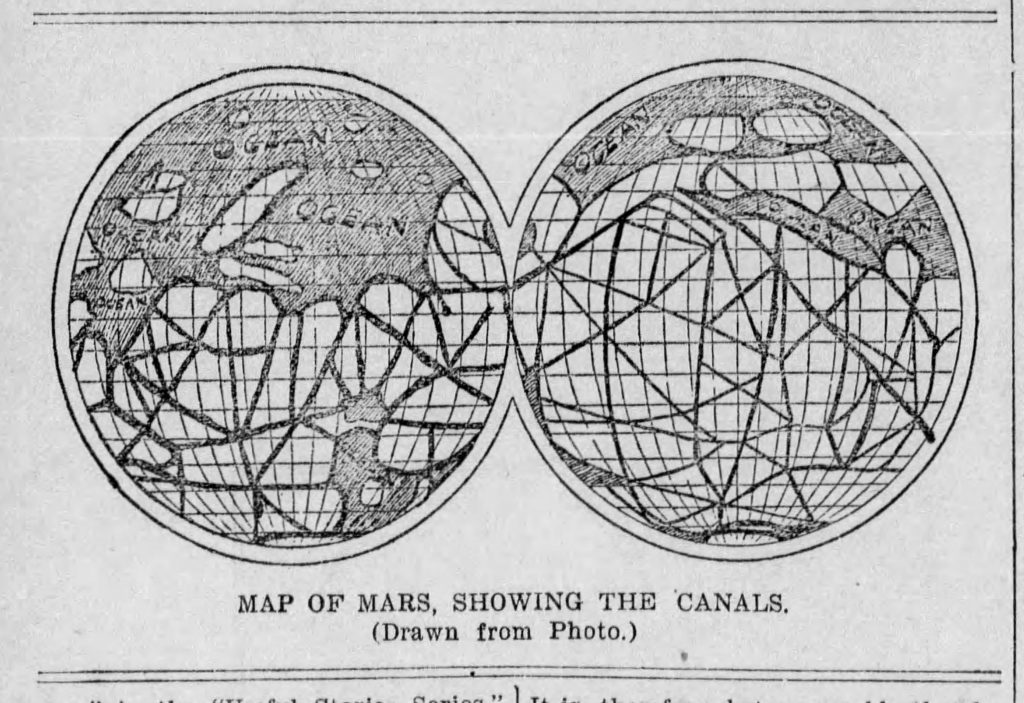 A wealthy American astronomer named Percival Lowell then performed his own observations of Mars and saw the same type of lines that Schiaparelli saw. But Lowell went one step further than his Italian counterpart. Lowell concluded that if there were “canals” on Mars, they must have been constructed, which in turn meant there must be intelligent beings on the planet who built them.

In the 1890s, Lowell funded the building of the Lowell Observatory in Flagstaff, Arizona, as a base for his intensive observations of Mars. He would remain convinced of the existence of artificially constructed canals on Mars for the rest of his life, even speaking about it a month before his death in 1916.

Did Everyone Buy This Theory?

While Lowell was far from the only astronomer to devote his time to the canals of Mars, not all astronomers agreed with his conclusions. A look through newspapers of the era shows a wide range of other theories.

Of the astronomers and scientists who believed there were canals on Mars, some were like Lowell and concluded the canals were made by intelligent beings. Others believed the so-called canals were actually fissures in the surface, perhaps caused by earthquakes or by collisions with Mars’ natural satellites. 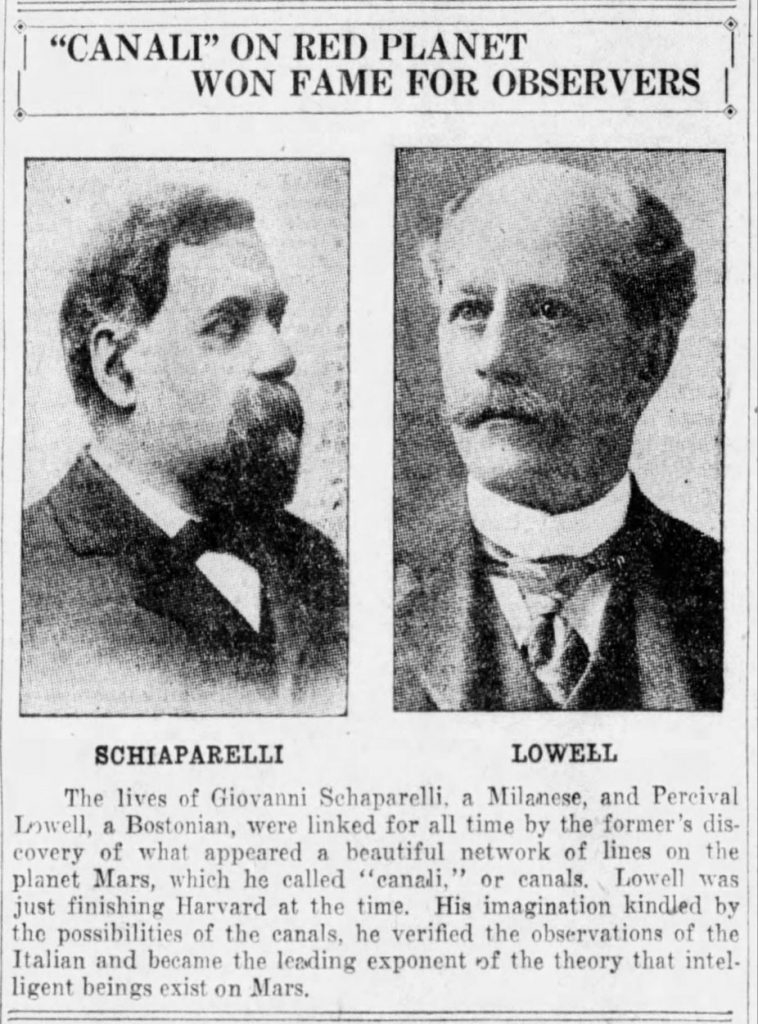 The idea of canals on Mars didn’t fade away with Lowell’s death. Well into the 1930s—and even the 1960s to some extent—there were still people who argued for the existence of the canals. It wasn’t until the Mariner 4 space probe sent back the first photos of Mars’ canal-free surface in 1965 that the canal idea truly began to die. (Subsequent missions to Mars would reveal that there are indeed channels and valleys on Mars, but these would not have been visible to the early astronomers.)

Why Should We Care?

The story of the Mars canals is more than just an interesting bit of historical trivia. Its legacy has had a very real effect in areas like pop culture. Author H.G. Wells, for instance, wrote his incredibly influential Martian-invasion novel The War of the Worlds during the height of the Mars canal craze.

The imaginary Mars canals may have even influenced modern space exploration. After all, the people who ran Mariner 4 and other early missions to Mars grew up in the Mars canal era, with all its debate about Mars’ topography and potential to host life. Is it any surprise that people who came of age in this era sent out the first spacecraft that documented the planet’s surface? 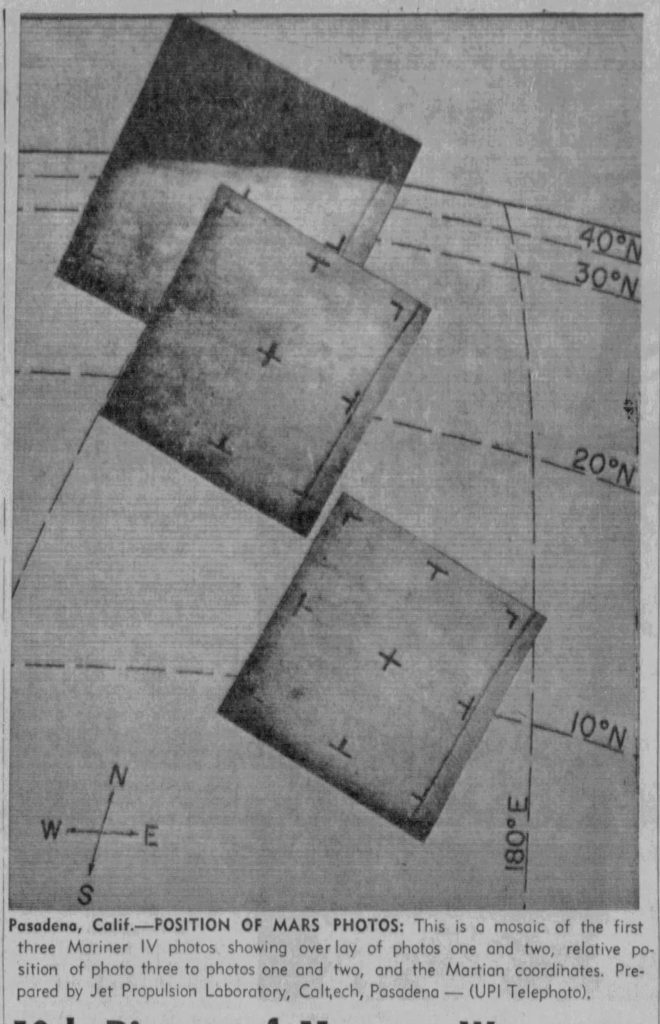 The influence of the Mars canals also stretched beyond the red planet into other parts of the solar system. Remember how Percival Lowell built the Lowell Observatory in his quest to study the “canals” on Mars? In 1930, Clyde Tombaugh discovered Pluto at that same observatory.

The story of the canals on Mars is also particularly relevant now, right as NASA’s InSight lander begins gathering new types of data from the planet. It prompts the question: Will InSight make a discovery about Mars that will turn our current understanding of the planet on its head? And if it does, will we look any different to people in the future than those Mars canal astronomers look to us?

Perhaps this advice by a respected astronomer and Mars-canal critic in 1904 still holds true today:

One thought on “People Used to Believe Aliens Built Canals on Mars. Here’s Why You Should Care.”