In Prison and in Plane 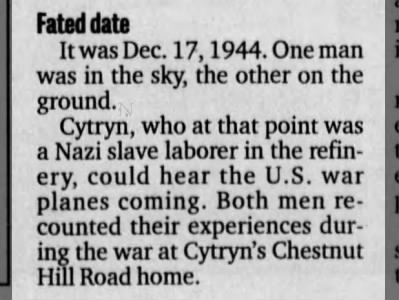 On December 17, 1944, Bernard Cytryn made his way with his fellow prisoners to a Nazi-controlled synthetic oil refinery for another day of forced labor. In the distance a steady done could be heard, buzzing like the sound of bees. Cytryn recognized the sound—American planes—and dove for a tree as bombs dropped on the refinery.

On high alert in the nose-gunner’s seat of a plane far above sat Hjalmar Johansson. Anti-aircraft fire took out one of the plane’s wings and the men inside were forced to abandon ship. Johansson, who had never even practiced jumping from a plane, landed safely, only to be captured by Nazi soldiers.

Before they spoke at the same keynote, decades after the war, the two men never met. But they’d both been in the same place on that same day during one of the world’s most devastating wars. 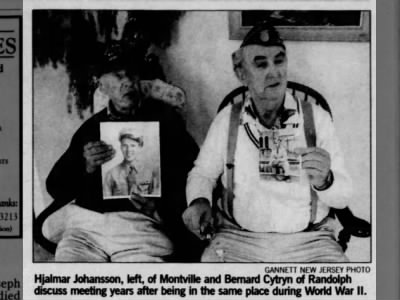 Cytryn was sent to Auschwitz at age 16. He outlived the rest of his family, who were murdered at the camp. Cytryn recalls an experience when he realized he was in line for one of the gas chambers: 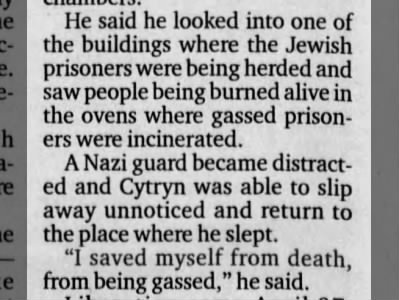 After a year in the death camp he was sent to work at the oil refinery, which is how he happened to be there when Johansson flew overhead. The American bombing mission did not result in Cytryn’s freedom that day, but it did give him a break while the fires were put out at the refinery, and that was more than he’d had in a long time. He was finally freed in April 1945 and eventually made his way over to the United States, where he met Johansson all those years later. 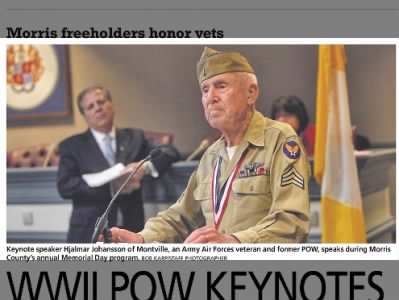 When Johansson joined the U.S. Air Force at age 18 with hopes of becoming a pilot, he had no idea he would be taken prisoner by the men he fought against. 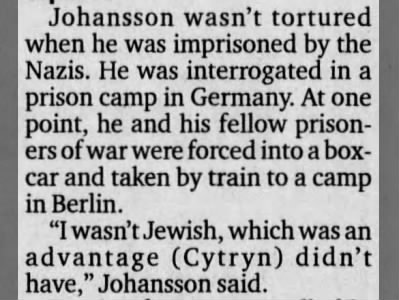 He and the other prisoners spent the winter huddled together for warmth. He kept a journal written on cigarette papers with a mechanical pencil he kept hidden in his collar. They were given foods like “grass soup” that barely kept them alive until Russian forces arrived in May 1945. 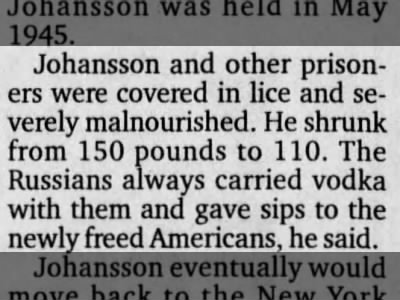 Johansson’s story is featured on History.com with a great video of him recounting his experiences as a gunner and prisoner of war.

Johansson and Cytryn were on two sides of the same experience, two incredible stories among many, many thousands. Find more articles on these and other war veterans in the pages of Newspapers.com, and thank you to all our wonderful veterans who have risked it all to serve our country.