Enterprise Unveiled – This Week in History

This week in 1976, NASA’s first space shuttle, the Enterprise, was revealed to the public. And it was definitely named after Star Trek. 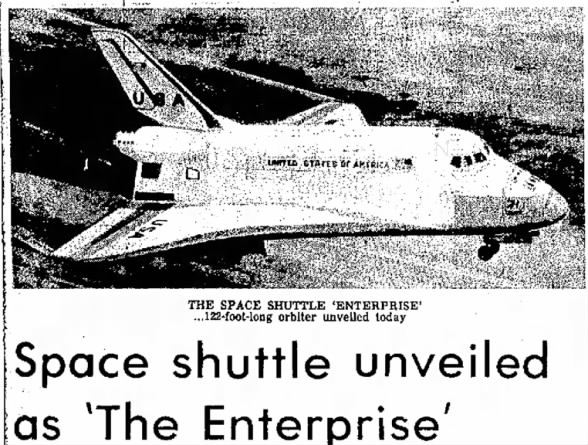 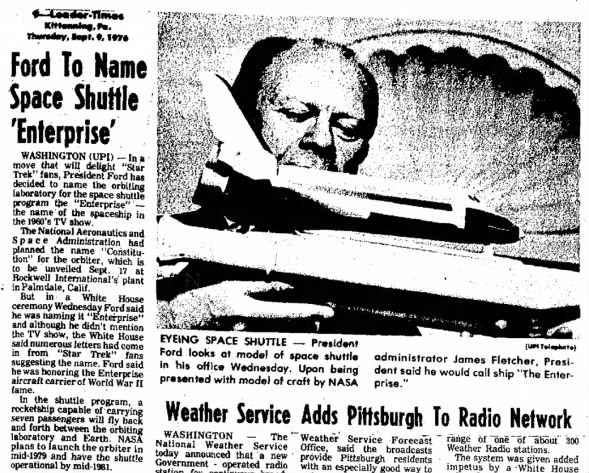 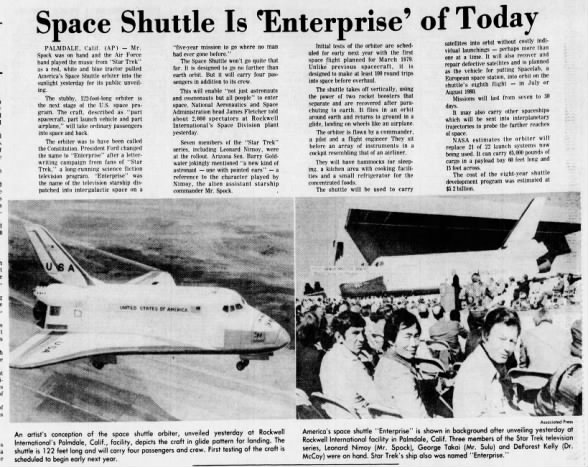 The Enterprise was not built to withstand the rigors of space, but was used in atmospheric test flights in the late 1970s. It never went through the intended retrofitting that would allow for spaceflight when it became clear that it would be prohibitively expensive to do so. In 2003 the shuttle was fixed up and put on display at the Smithsonian’s National Air and Space Museum. It was moved to the Intrepid Sea, Air & Space Museum in New York City in 2012 and remains there today.

Find more on this piece of spacey history with a search on Newspapers.com.

One thought on “Enterprise Unveiled – This Week in History”