D-Day on June 5th? Was She Practicing? Or Did Somebody Slip?

We all know that Allied forces landed on the beaches at Normandy on June 6, 1944. But did you know that there was some definite foreshadowing  on June 5? 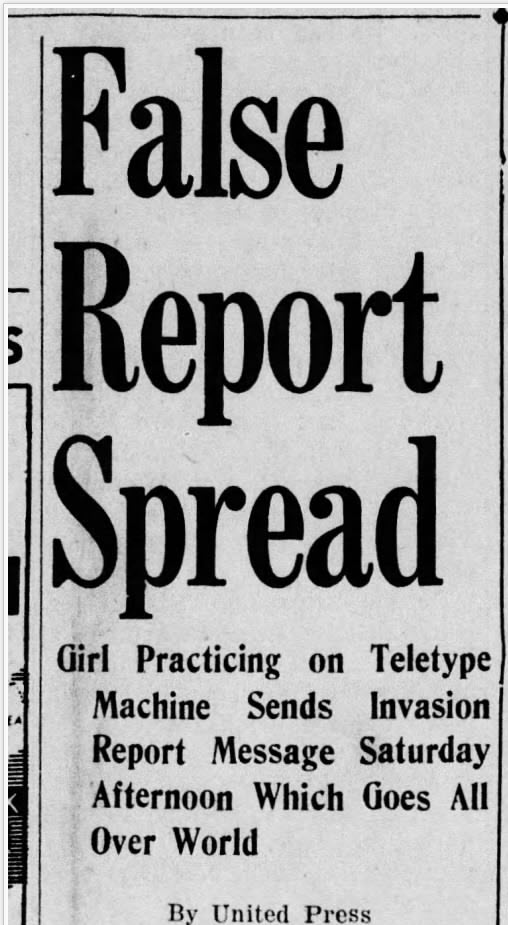 A young woman who was “practicing on the teletype machine” sent an “erroneous” report about an invasion of France.  On June 5th.

The headlines on that day were all about the liberation of Rome.  But more than a few papers ran the article about the false alarm.

The AP picked it up.  All four major US radio networks carried it before the Kill order went out 5 minutes later.

Baseball games were stopped, prayers were said, switchboards were flooded with calls..  The lady who sent it was confined to her home for nervous exhaustion.

Within five minutes, the report had been killed and everyone went about their business.

And the next day, the U.S. received the news of the D-Day invasion. 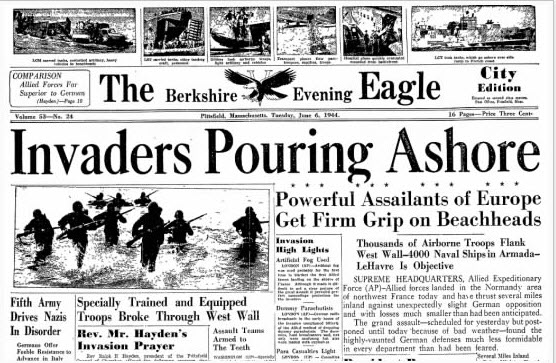 Read the newspapers your ancestors read.  You never know what you might learn.