Some baking advice holds true no matter the decade. We combed Newspapers.com™ to find 15 baking tips from vintage newspapers that still prove useful today! Have you tried any of them? 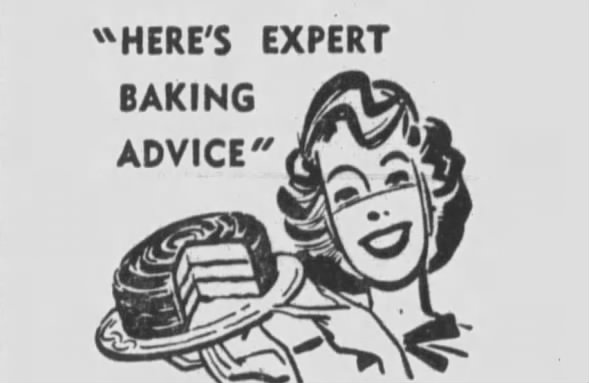 “When baking any kind of chocolate dessert—cake, puddings or cookies—try using almond extract instead of vanilla in the recipe. It gives a much more delicious flavor, I have found. Almond extract also does wonders for boiled frosting for a chocolate cake.” 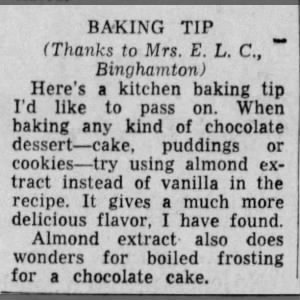 “When butter is too hard to cream easily, heat the bowl slightly. Never warm the butter.” 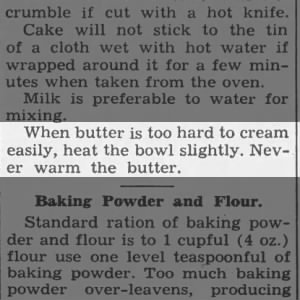 “Sweet milk soured with lemon juice may be used as buttermilk in baking soda recipes. Place 1 ½ tablespoons of lemon juice in a measuring cup and fill cup with fresh milk.” 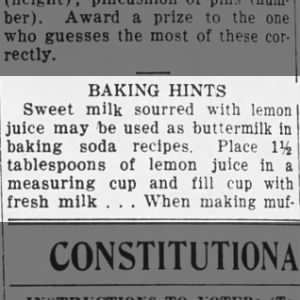 “Baking bread? If you want a soft tender crust, slather the baked loaves with soft butter when you take them out of the oven.” 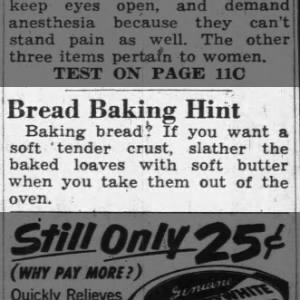 “Most date or fruit breads rise better if they have been allowed to stand in the baking pan 20 minutes before they are placed in the oven for baking.” 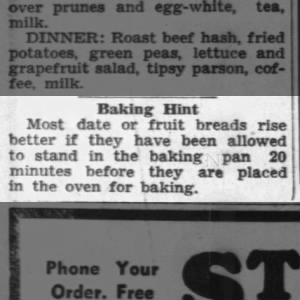 “If the oven is too hot and the loaves brown on top before the bread is baked, place a pan of boiling water on the top grate. The steam will keep the bread from scorching while the heat thoroughly bakes the rest of the loaf.” 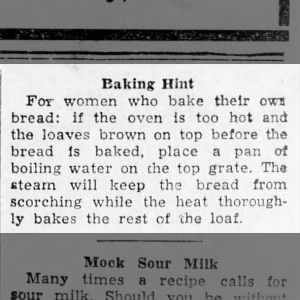 “To save work of rolling dough, pull off walnut size pieces and flatten with bottom of tumbler covered with a damp cloth.” 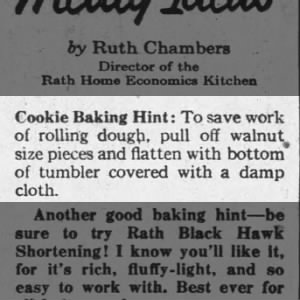 “For best results cake making ingredients should be at room temperature—70 to 75 degrees. Remove eggs and butter or other shortenings from the refrigerator before you begin preparing the cake. At this recommended temperature, they give the greatest volume expansion during creaming, beating and whipping.” 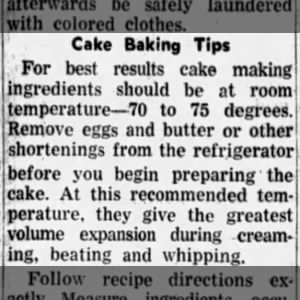 “When filling baking tins, start by pouring batter around the edges, work toward center. Leave center lower than sides. This will help prevent cake from falling.” 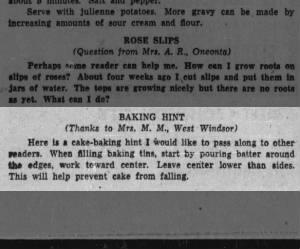 “A cake in the oven? Don’t open that oven door until the cake has baked for at least half of its full time.” 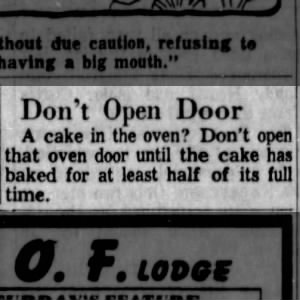 “Do not use salted butter for greasing a cake pan; the salt in the butter is apt to make the cake stick.” 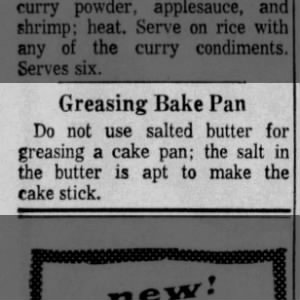 “They say that the method of mixing is the secret of a flaky pie crust. The flaky crust results if the fat is mixed into the dry ingredients so that the mixture is in large lumps, some say about the size of a pea. A hard fat produces better results than a soft fat.” 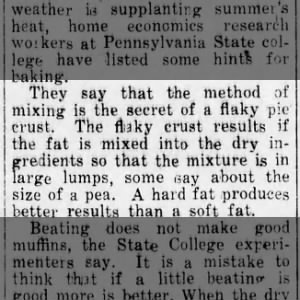 “Next time you are serving a small pie to five, cut it this easy way. Cut it first in the shape of a large letter Y, then slice each of the two large pieces on each side of the Y in two.” 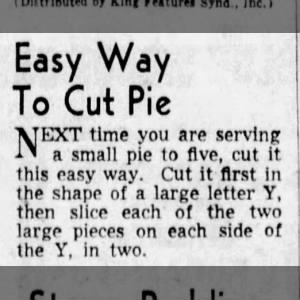 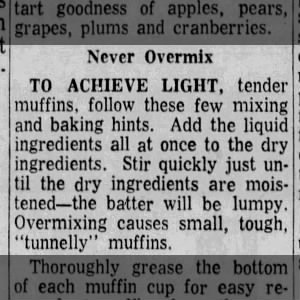 “Another baking tip—when slicing dough that has been filled with fruits, cinnamon, sugar, etc., use a string under the dough, bring to the top, cross and pull. This slices the dough but keeps the filling in where it belongs.” 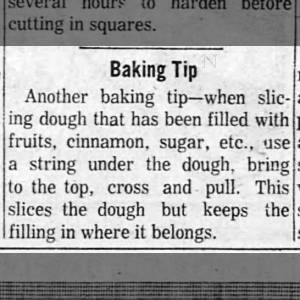 Got any favorite baking tips of your own? Share them with other readers in the comments!

3 Vanishing Halloween Traditions from America’s Past

One thought on “15 Timeless Baking Tips from Old Newspapers”