The Scam of Poyais 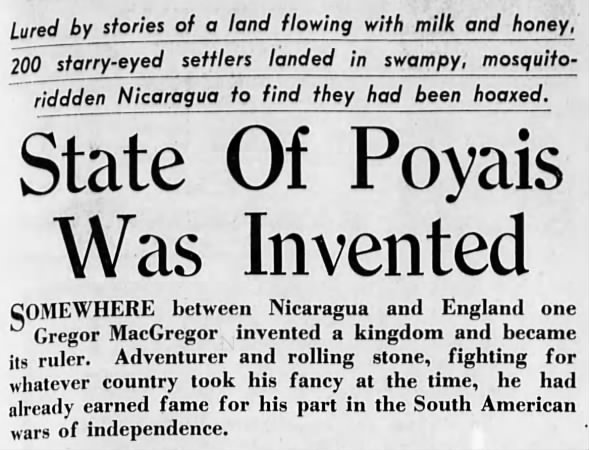 MacGregor’s success in his scheme no doubt came in part because people had heard tales of his service in distant battles. He returned to England a hero and as the “Cazique of Poyais,”and his stories of the new kingdom of Poyais were compelling indeed. MacGregor backed them up with maps and drawings and details, bringing to life an exquisite fantasy. The lure was irresistible. Hopeful dreamers like James Hastie, whose account is related below, put their fortunes—and lives—in MacGregor’s hands. 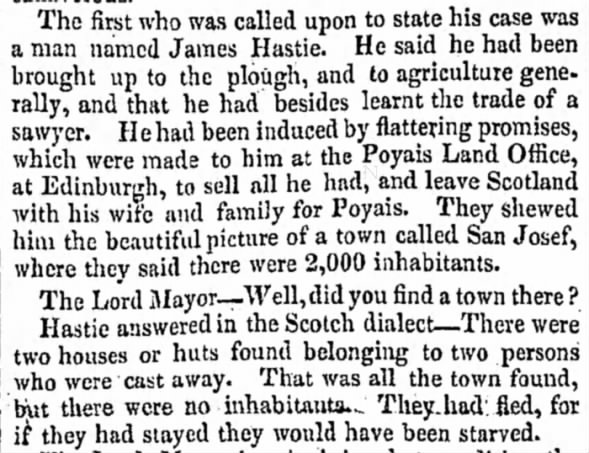 When their arrival revealed no kingdom, no other citizens, no supplies and left them without funds or means to return home, the new settlers did what they could to survive. Most didn’t succeed. 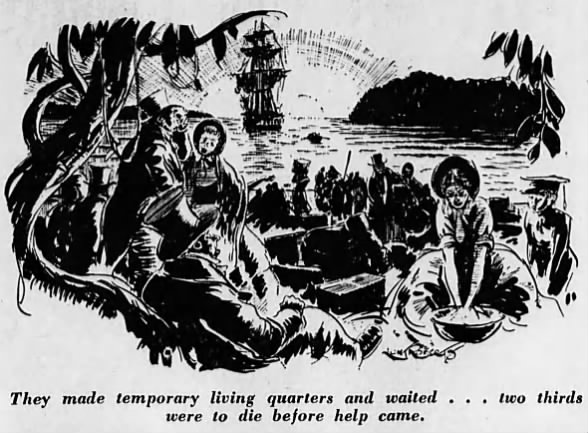 The Lord Mayor in the clipping below speaks for us all (with the benefit of hindsight, of course).

MacGregor had successfully bamboozled shipfuls of people in London and Edinburgh, and was going for another round in Paris when his deceit was discovered. He died around 20 years later having never truly received justice for the lives he ruined.

Find more on this story with a search on Newspapers.com.