In 1910, it took 12 hours a day to do the housework (six hours for cooking alone)! Domestic chores were no walk in the park. Take a look at these ads for newly invented household appliances from the early 1900’s. These time-saving devices would revolutionize domestic life! 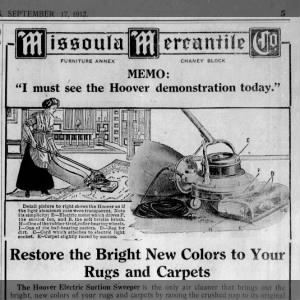 The Hoover Suction Sweeper: The first upright vacuum was invented by James M. Spangler, a janitor at an Ohio department store. He rigged a device to clean floors then filed a patent for his design. Spangler sold the patent to his cousin’s wife, William Henry Hoover. Hoover improved the design and started the “Electric Suction Sweeper Company.”

The Thor Washing Machine: In 1909, women swooned over Thor – the washing machine not the superhero! The Thor washing machine was an electric powered washing machine that took the place of galvanized tubs, washboards and elbow grease. It revolutionized wash day in America! 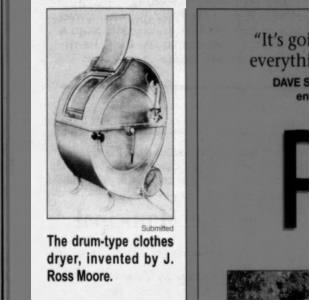 Clothes Dryer: Tired of not being able to hang laundry out to dry in frigid North Dakota winters, J. Ross Moore invented the clothes dryer. The dryers were sold under the name “June Day” beginning in 1938.

Hot Point Iron: In 1910, a company called Hotpoint developed an electric iron that was hotter at the tip making it easier to iron ruffles and around button holes. Soon everyone wanted the iron with the hot point! 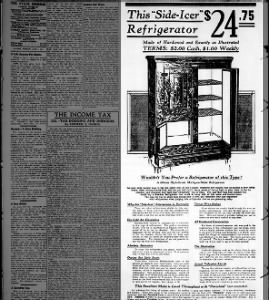 Refrigerator: This 1913 refrigerator shows the latest and greatest in refrigeration technology. These icebox type refrigerators kept food cool with blocks of ice that needed to be replenished regularly.

Electric Refrigerator: By 1918, Frigidaire started mass producing electric refrigerators for home use – and no ice required!

Electric Dishwasher: Tired of washing dishes? In 1920, you could wheel in this portable electric dishwasher, load it and press a button. Voila! 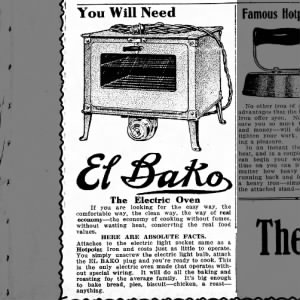 Electric Oven: For about $10, families could buy this 1913 “El Bako” countertop electric oven. It was 14-inches square and constructed of one-inch thick steel walls to maintain heat. It had three heat levels: low, medium and high.

Does your family have any of grandma’s old appliances kicking around? Tell us about it and search our archives for other fun finds!