Did Atlanteans Build the Bimini Wall?

In 1968, a diving expedition discovered a series of large stone formations, so square and neatly arranged that they seemed to form an intentional structure. It was called the Bimini Wall (or Road) after the nearby Bimini Island, and since the discovery there has been speculation galore about how it came to exist.

Most believe the stones to be naturally formed beach rock that sunk beneath the surface. But there is another popular and rather more imaginative theory, as evidenced by the many articles printed on the topic in the 60s and 70s. And that theory is that the Bimini Wall was once part of Atlantis. 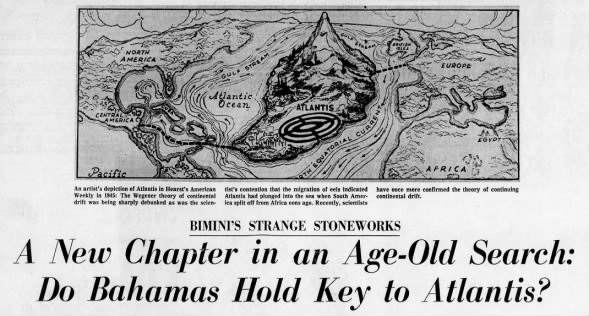 These articles say it all. 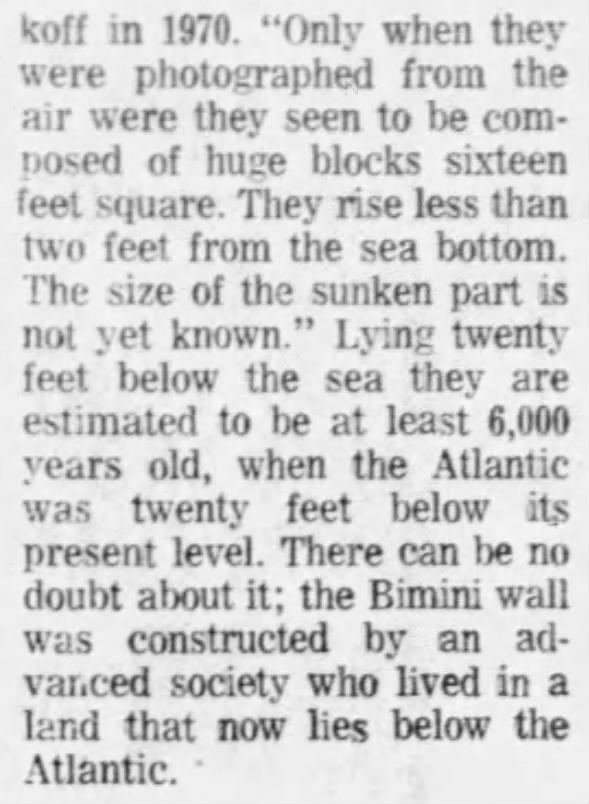 From pillars to pyramids to the legendary Fountain of Youth, this little stretch of sea supposedly has it all. And to top it off, Bimini sits right at the edge of the Bermuda Triangle. With so much mystery to be found here, it’s easy to see why the Atlantis explanation might not seem so far-fetched.

What do you think—is the Bimini Wall potential proof of a mythical missing city? Or is it just naturally formed rock that got a little too much attention?

Find more on the Bimini Wall and its ties to Atlantis with a search on Newspapers.com.