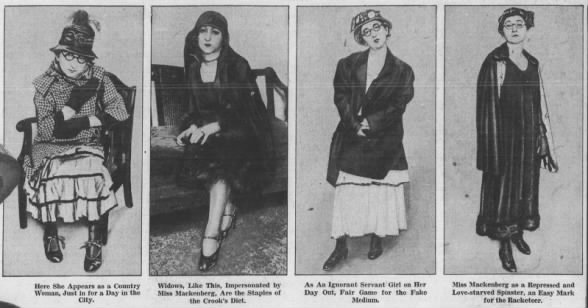 Like other newspapers across America in May 1926, Indiana’s Tipton Daily Tribune was following news out of Washington DC about a congressional subcommittee hearing. Hearings of that variety didn’t typically get national attention, but this one featured elements sure to fascinate newspaper readers.

The famous illusionist Harry Houdini had pitted himself against psychic mediums in a spectacle that would ultimately expose the personal lives of high-ranking U.S. officials—including the president of the United States.

And the “witness” mentioned in the headlines? That was 34-year-old Rose Mackenberg, dubbed “Houdini’s Mysterious Girl Detective” by the papers. 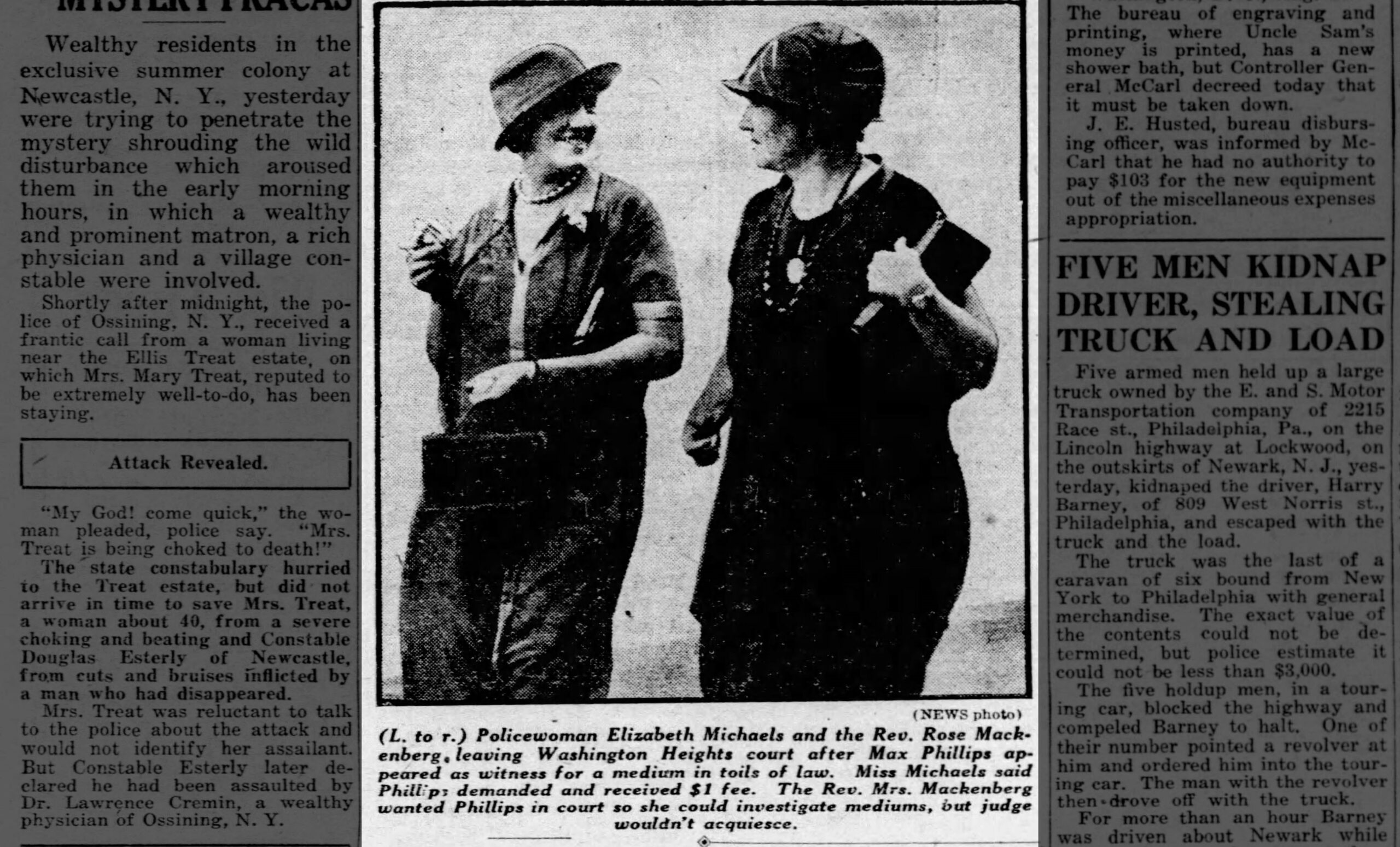 Mackenberg (born 1892) had been an investigator for a New York detective agency when she landed a case involving suspected fraud by a so-called psychic medium. A mutual friend connected her with Harry Houdini, who at the time was engaged in a public campaign to debunk fake spiritualists claiming to communicate with the dead.

Mackenberg joined Houdini’s team of 20 investigators in the mid-1920s and became one of his best. She went undercover to visit spiritualists suspected of fraud, gathering evidence that Houdini then exposed publicly at his performances.

By 1926, Mackenberg had investigated more than 300 mediums and been ordained a spiritualist minister 6 times.

As part of Houdini’s crusade against fraudulent mediums, two congressmen (Senator Royal S. Copeland and Representative Sol Bloom) sponsored an amendment to a Washington DC law that would essentially ban fortune telling in DC. The proposal was met with stiff resistance from the spiritualist community, who charged that it would infringe on their right to religious freedom.

An initial hearing before a House subcommittee was held for the bill in February 1926, with three more days of testimony in May. And with a showman like Houdini at the helm, the hearing—unsurprisingly—was a spectacle.

According to Rose Mackenberg, the days were “filled with near riots, a welter of conflicting testimony, shouted objections, muttered oaths, [and] copious tears,” as Houdini and the spiritualists battled it out.

Like the entertainer he was, Houdini showed the fascinated committee how some of the mediums’ tricks were performed. And in an attention-grabbing stunt, he even offered $10,000 to any medium present who could demonstrate that their claims of other-worldly communication were true. The ruckus got so bad that one day’s hearing had to be adjourned to restore order. 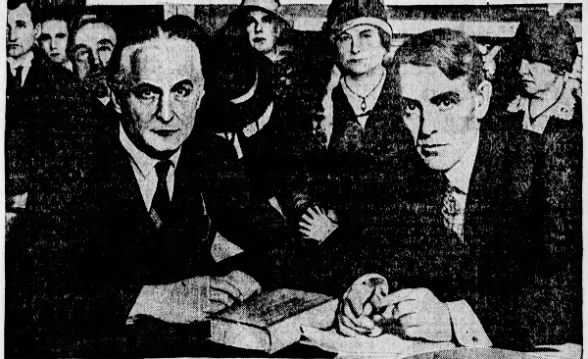 But the biggest bombshell of the hearing—at least as far as the news media was concerned—was dropped by Mackenberg herself.

Prior to the May hearings, Houdini had sent his undercover investigators, including Mackenberg, to visit suspected phony mediums in DC and gather evidence against them. During her testimony, Mackenberg alleged that two spiritualists had independently divulged that a number of their clients were U.S. senators, and she even went so far as to reveal the names of four of those senators while on the stand.

But most shocking of all, Mackenberg testified that one of the mediums, Jane Coates, had boasted that seances had been held in the White House, with President Coolidge and his family present.

The two spiritualists vehemently refuted Mackenberg’s account, and the Coolidge administration unofficially denied the seances. But the story was rich fodder for newspapers, which published headlines like “Washington Goes In For ‘Spook Stuff’” and “Houdini Agent Says Coolidge Held Seances.”

As a widely acknowledged expert, she wrote newspaper and magazine articles exposing the trade secrets of fraudulent mediums, and even let a few journalists shadow her on the job in the 1940s. She also went on lecture tours and appeared on radio and television shows, at least through the mid-1950s. 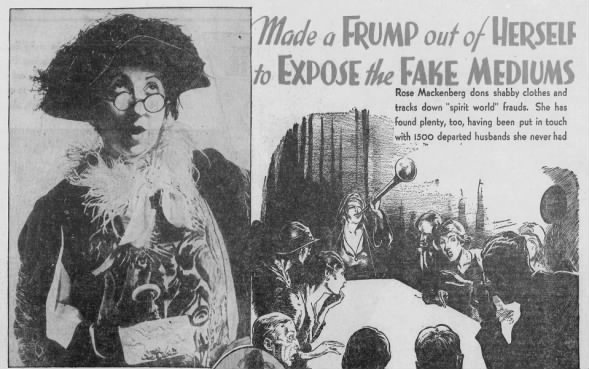 Rose Mackenberg passed away in 1968 at age 75, having investigated more than 1,500 mediums over the course of her career.

She always maintained that she had no problem with sincere believers in spiritualism; she simply wanted to expose the people who used it to con the grief stricken and desperate. In fact, Mackenberg herself was open to the possibility of communication with spirits. But as she said in a 1953 newspaper interview, “In 30 years of searching, I’ve never found solid evidence of it.”

14 thoughts on “The Astonishing Adventures of Houdini’s Favorite Detective”