5 Astonishing Cats That Were Famous 100 Years Ago!

Viral cat videos and memes aren’t the only things that create feline celebrities. In the winter of 1920–21, the Boston Post spotlighted more than 30 cats in what it called its “Famous Cats of New England” series.

While some of these cats were more famous than others, all the felines came with interesting life stories—from prowling the halls of state government to sailing on a Navy ship during wartime.

Here are our favorite 5 cats from the series, found on Newspapers.comTM. 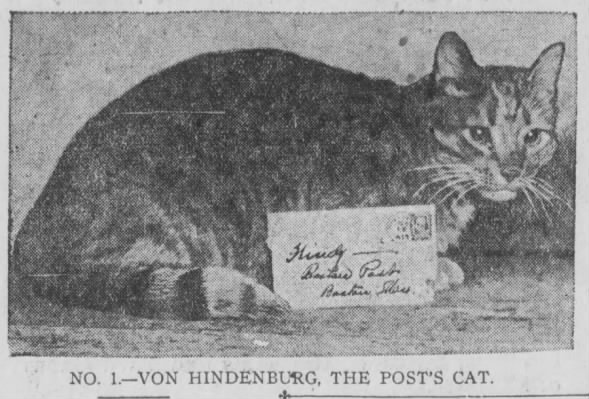 The Boston Post justifiably began its series with its own office cat, Von Hindenburg. Nicknamed “Hindy,” the feisty cat was a regular feature in the Post’s pages between 1918 and 1923.

“He is known by name to millions, while hundreds every week recognize him on the street as the famous Post cat. He receives mail regularly from admirers and detractors. Von Hindenburg is a New England institution.” READ MORE. Mike was a rescue kitten that started off in the boiler room of the Massachusetts State House but soon had the run of the whole building. He even laid claim to Governor (and future U.S. president) Calvin Coolidge’s chair. When a sergeant-at-arms attempted to eject Mike from the State House, one of the cat’s loyal supporters made such a strong argument that Mike got to stay.

“Word reached the library [that Mike had to leave the State House]. Down came the librarian in fury. The State House simply could not get along without Mike. Since his arrival not a single book has had to be rebound. No rat or mouse lived long enough to set tooth in the precious tomes that contained the State’s records. Mike had seen to that. Previously hundreds of dollars had to be spent in repairing books. So Mike stayed.” READ MORE. 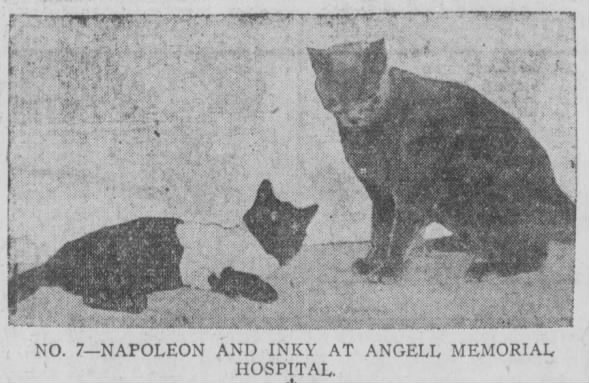 Napoleon was the resident cat at a local pet hospital and was known for visiting the animal patients.

“Whether it be a horse, dog, cat, monkey, parrot or squirrel that is ill matters little to the charitable Napoleon. With equal impartiality he visits them all. […] Through every ward he goes; has particular cats and kittens with whom he stays longer times than others. Black ones seem to be his favorites. Hours at a time he sits beside Inky, a little black kitten laid up with a strained shoulder.” READ MORE. 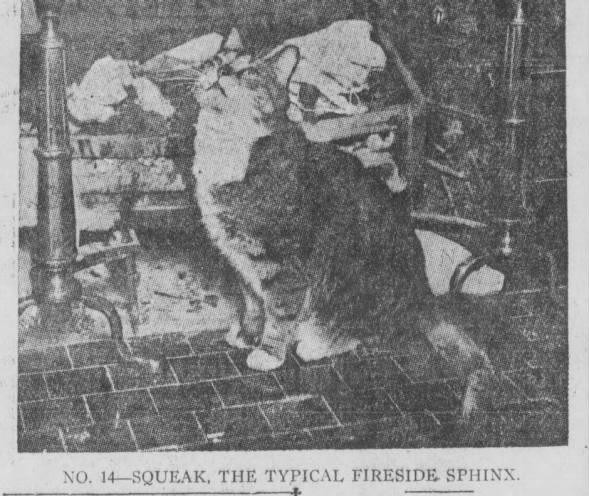 While less famous than the previous 3 cats we’ve mentioned, Squeak went down in Lake Boon history one summer when his refusal to be left behind prompted some decidedly uncatlike behavior.

“It was [the family dog] Michael’s custom to swim after the canoe whenever Mrs. Hayward paddled out across the lake. Squeak followed only to the shore and stood there looking wistfully out to sea—decidedly out of it. Paddling as usual one morning, Mrs. Hayward looked back to assure herself that Michael was coming along in safety when she descried a smaller series of ripples emanating from a small dark object that was battling manfully with the current. Backing until she was closer Mrs. Hayward recognized Squeak, and at the peril of capsizing pulled the valiant little cat into the canoe, where it rested perfectly satisfied with having gone Michael one better.”  READ MORE. 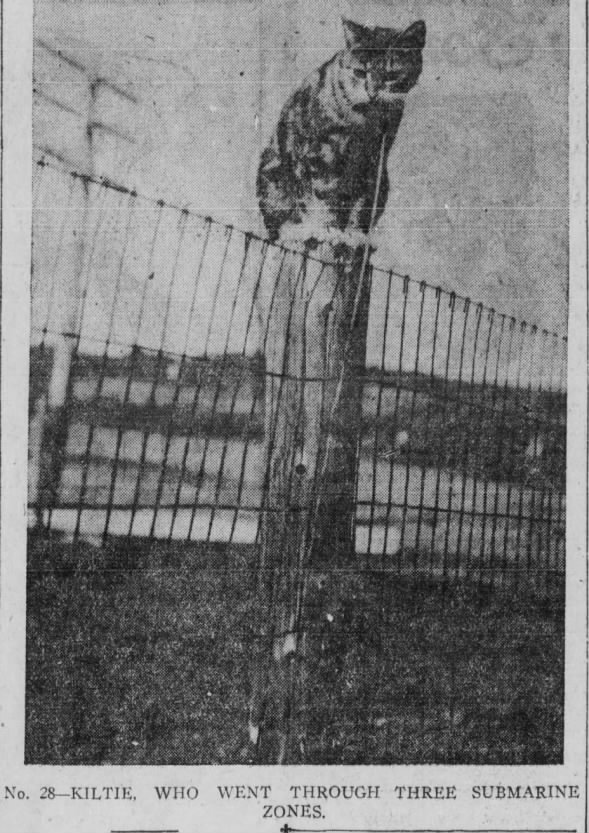 Born in Scotland, Kiltie was adopted as a kitten by an American sailor during World War I. He was taken aboard the USS Ozama (a naval mine carrier) and crossed three submarine zones on his trans-Atlantic journey.

“Adventure with a big “A” began for the six-day-old kitten from that day. He went through three submarine zones safely. He won the undying devotion of every gob [sailor] on board. Supplies were low and Kiltie remembers well the night when he heard there were only three cans of condensed milk aboard, and that it was to be no plain gob bill of fare, but was to be reserved for the little Scotch kitten.” READ MORE.

Want to read more of the “Famous Cats of New England” series? Search on Newspapers.com!

5 thoughts on “5 Astonishing Cats That Were Famous 100 Years Ago!”