When asked to think of a few truly patriotic songs–the ones that have been around in the United States for centuries–only a couple come to mind. The national anthem is likely the first for most. But there is one older still, and as is implied by the title of this post, that is the sing-song tune of Yankee Doodle Dandy.

This funny little song with its unusual lyrics is often associated with the conflict that gave the United States their independence–the Revolutionary War. However, the song actually originated during the French and Indian War when disorganized, rag-tag colonials were mocked by their British allies as “Yankee Doodles,” or American simpletons.

The song was brought back into popularity during the Revolutionary War as an insult to those fighting for independence. But the colonists ended up embracing the catchy song. 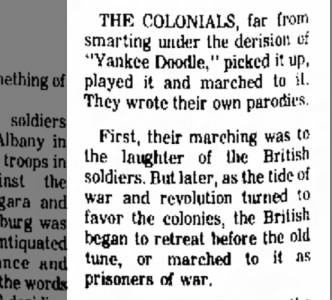 The colonists often took the song and twisted the words, making parodies of the original that they sang to friend and foe alike. Some are seen in the clippings below (click the images for larger versions on Newspapers.com): 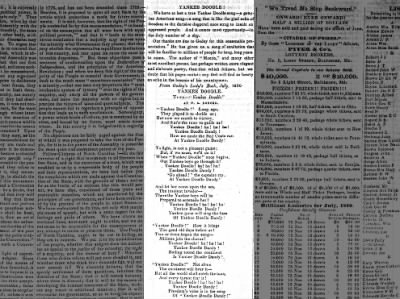 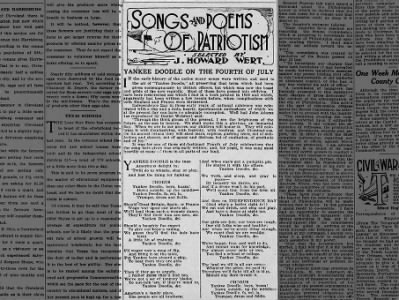 In the centuries since, the song has acquired hundreds of new verses. The only thing that remains the same through every version is that goofy gentleman, the Yankee Doodle Dandy.

For more articles with different versions of this song throughout the years(some more offensive than others), check out this search on Newspapers.com