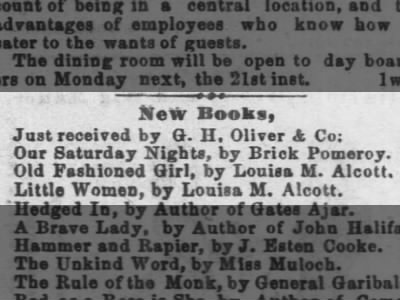 The novel is a popular one, and saw immediate success even at the time of its publishing. 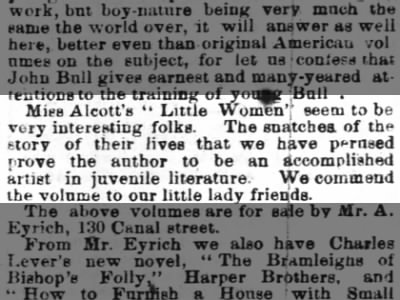 Technically the book released in 1868 was only half of the story—the second part of Little Women wasn’t released until the following year. It followed the lives of the March sisters a few years after the first part, when they’d grown and begun individual lives of their own. 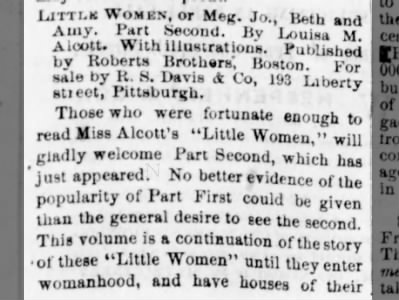 Little Women’s second part was as well-received as the first, and Alcott would go on to write several more novels featuring the spunky sisters and their friends and families.

Try a search on Newspapers.com to find more on Alcott and her novels.
Save