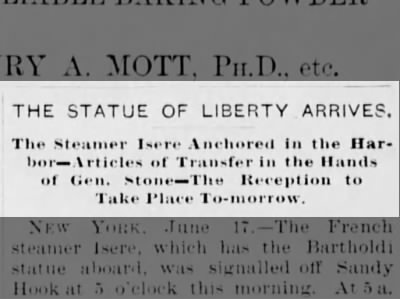 On this day in 1885, the Statue of Liberty arrived in New York harbor. The statue was transported in several hundred pieces that were reassembled into the towering lady we recognize today, a symbol of the success of the American Revolution and of friendship between the United States and France. 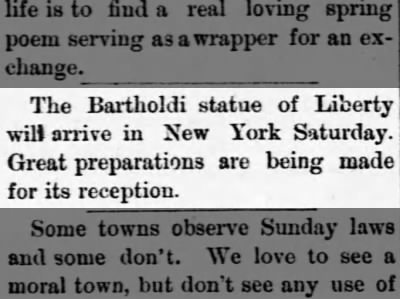 The statue was designed by Frederic-Auguste Bartholdi, who fashioned the statue after his own mother’s image. In its early days atop the pedestal, the 450,000-pound, 305-foot tall statue was a penny-colored copper. It has since naturally oxidized into the familiar dusty blue-green we see now. 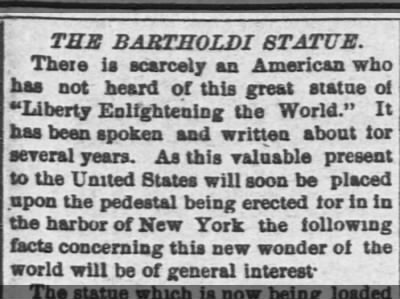 June 17th is also the anniversary of another event: the Battle of Bunker hill. This intersection of important United States history was noted even then: 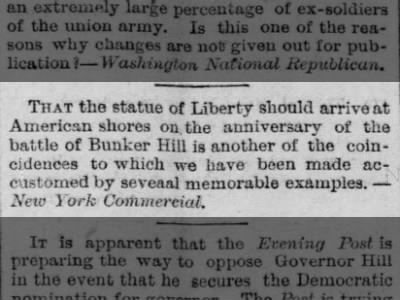 For more on both the Statue of Liberty and the Battle of Bunker Hill, try a search on Newspapers.com.