Weather Predictions: Not Just for Groundhogs

Groundhog Day 2020 is just around the corner (on February 2nd, for those curious). With it comes the usual hullabaloo surrounding the noble groundhog and his mystical weather predictions. But while groundhogs are firmly established as the main prognosticators in U.S. culture, they are fairly new to the centuries-old prediction game. 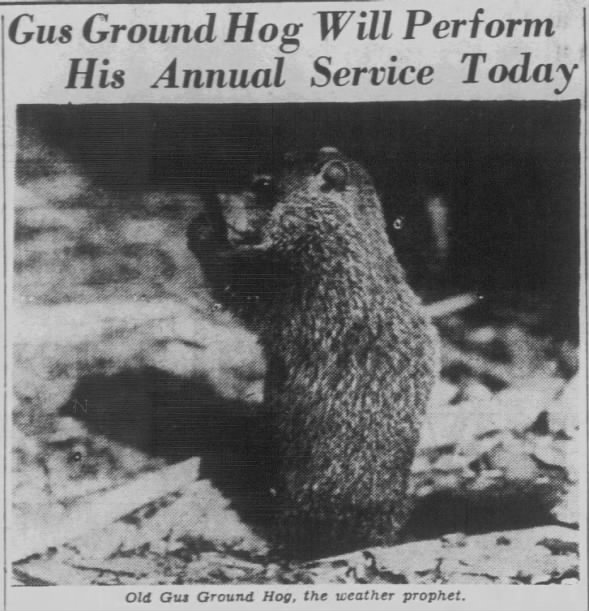 Before Groundhogs, there were… 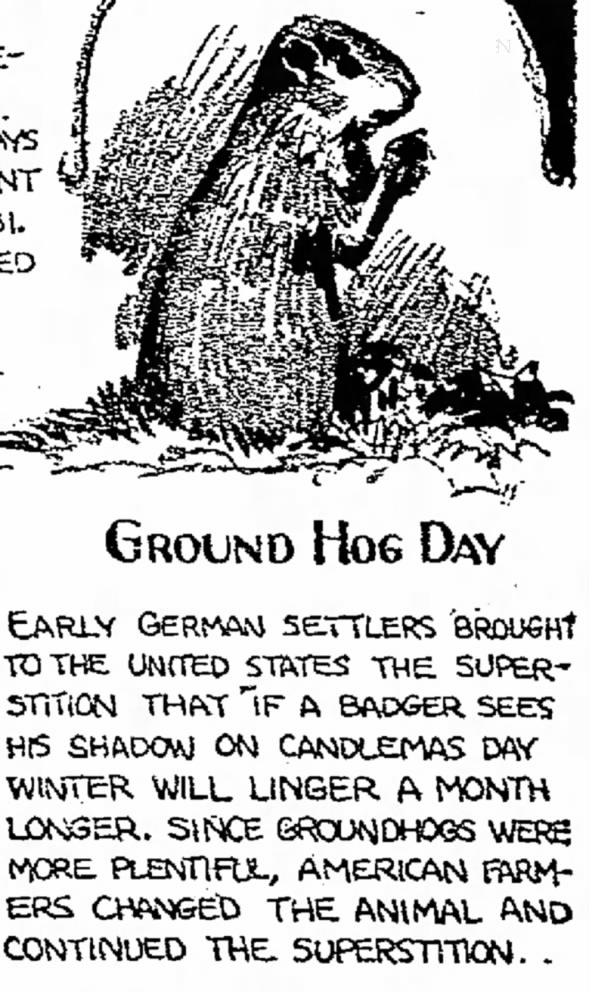 Groundhogs only have their current job thanks to their predecessors: badgers. It was only because groundhogs were more easily found in the United States that the groundhog entered the shadow-seeing spotlight.

BEARS OF ALL SORTS

Bears have also had their fair share of predicting the weather. How that worked, exactly, is unclear. It seems unlikely that crowds of people were standing around waiting for a bear to emerge as is done with the groundhog today. 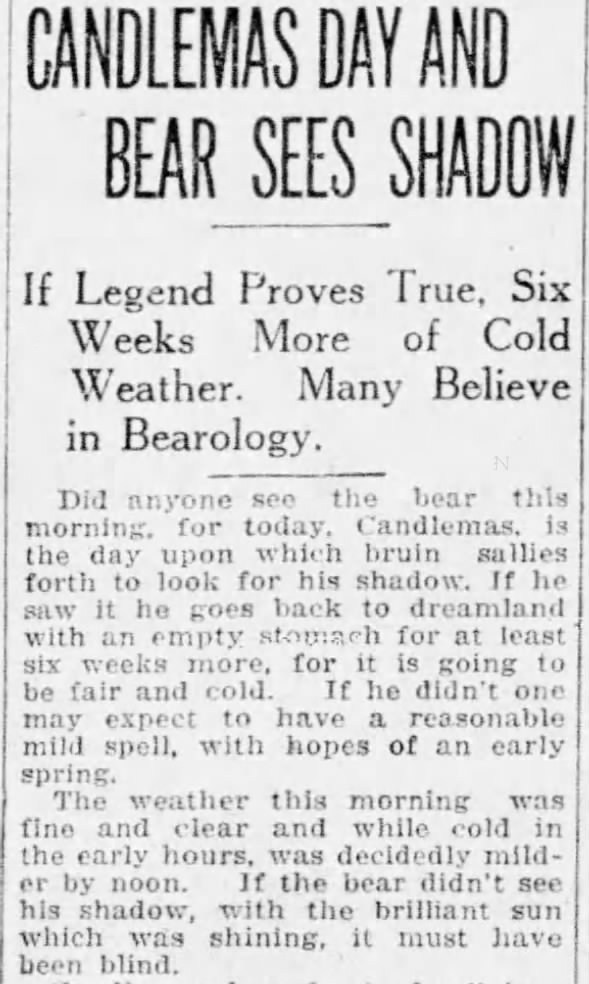 This next clipping takes an entirely different direction. Shadows are cast aside in favor of a furrier approach. Unfortunately for Snow Star, the prognosticating zoo bear, her thin winter coat gave an unreliable prediction.

The Woolly Bear—a much different kind of bear—had its day in the sun when scientists looked to the caterpillars’ coloring for answers. 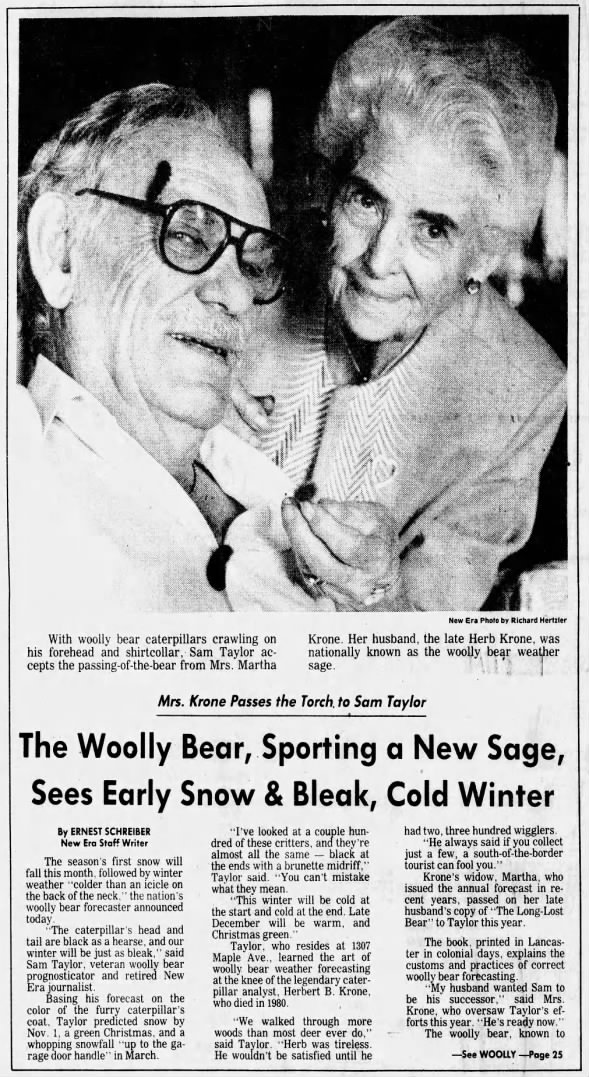 Science-based or not, the thickness and color of an animal’s (or insect’s) fur is about as convincing for some as the sight of a groundhog’s shadow. 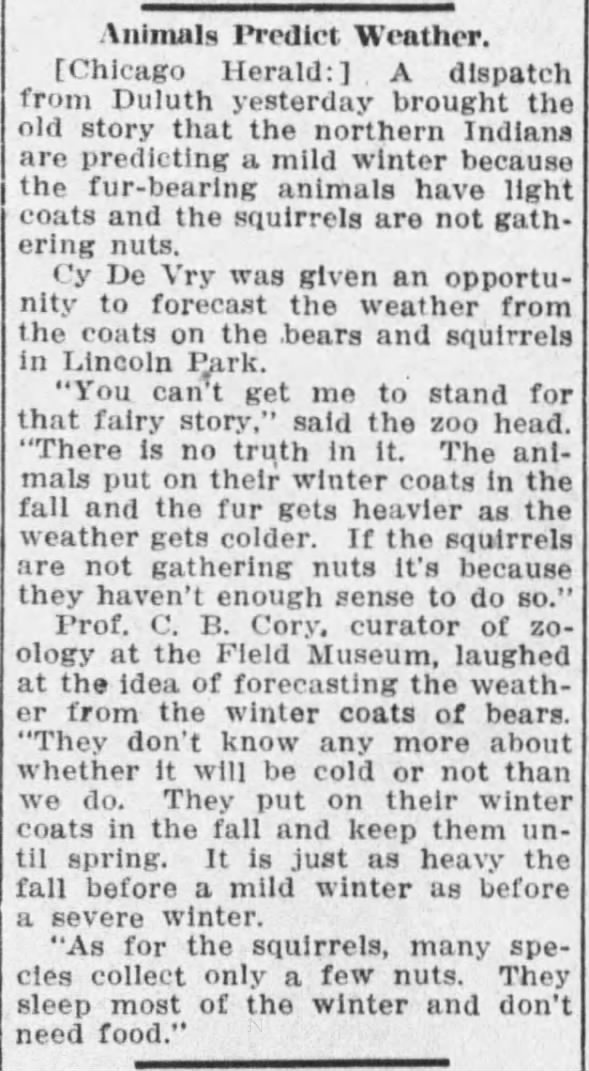 Whether you stand by the predictions of shadows and fur, or find it all a “fairy story” like the zoo head quoted above, the prediction tradition still holds strong.

Find more on the traditions of Groundhog Day and the history of animal prognosticators with a search on Newspapers.com.